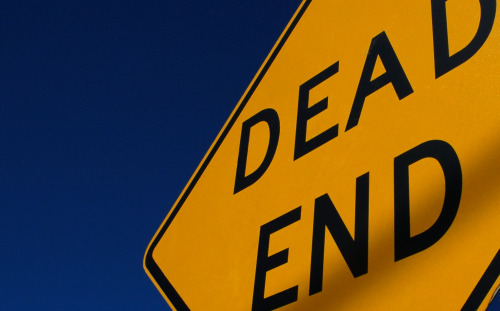 You may judge these deals on their success in terms of how the players obtained performed for the Mets, but that’s not the entire point. Moreover, it’s the fact that so many of these deals brought in players who either retired, were released, non-tendered, or left as free-agents — leaving the Mets nothing in return.

Note: these are assembled in no particular order. They represent most, but not all, of the trades made during Omar Minaya’s reign as GM.

Lastings Milledge for Ryan Church and Brian Schneider
Schneider will be a free agent after this season. Church was dealt for Jeff Francoeur, who may be non-tendered this winter. Milledge was eventually flipped to the Pirates along with Joel Hanrahan for Nyjer Morgan and Sean Burnett.

Carlos Gomez, Kevin Mulvey, Philip Humber, and Deolis Guerra for Johan Santana
It remains to be seen whether Santana will ever be sent away for more assets; but it appears as though the trade will turn out to be a fair one for both sides. Most likely, another dead-end deal for the Mets, but when the one-way street is Johan Santana, you don’t mind going down it so much.

Jose Castro and Sean Henry for Jeff Conine
Conine retired after the 2007 season. Castro and Henry make up two-thirds of the Carolina Mudcats’ (Reds AA) outfield.

Brian Bannister for Ambiorix Burgos
Burgos was let go after Tommy John surgery, beating up his girlfriend, and running over two women with his SUV. Bannister has been in the Royals’ starting rotation for the past three years.

Heath Bell and Royce Ring for Ben Johnson and Jon Adkins
Adkins and Johnson both left as free agents. Ring was flipped to the Braves for two other pitchers. Bell was a successful setup man for San Diego before becoming their full-time closer this season.

Matt Lindstrom and Henry Owens for Jason Vargas and Adam Bostick
Vargas was part of the Seattle trade we analyzed yesterday. Bostick still has a shot to make the Mets, possibly as a LOOGY — he may get an audition in September. Both Lindstrom and Owens have served as closer and setup man for the Marlins, though Owens is currently recovering from an arm injury.

Evan MacLane for Shawn Green
Green played a full season and a month for the Mets before retiring. MacLane was traded in April by the Diamondbacks to the Cardinals for future considerations, and is currently part of the starting rotation for the AAA Memphis Redbirds.

Jeff Keppinger for Ruben Gotay
Gotay was eventually put on waivers and claimed by the Braves. Keppinger was traded by the Royals to the Reds for minor league pitcher Russ Haltiwanger. Haltiwanger spent two years in A ball before being plucked by the Cardinals in the Rule 5 draft; he was released in March. Keppinger played two years for the Reds before being traded to the Astros this past March for a PTBNL.

Anderson Hernandez for Luis Ayala
Ayala left as a free agent last winter. Hernandez was traded back to the Mets for minor league infielder Greg Veloz. You may remember that AHern was originally acquired from the Tigers for Vance Wilson, way back in January 2005.

Drew Butera and Dustin Martin for Luis Castillo
Castillo became a free agent and was re-signed to a 4-year, $25M contract — I don’t know how you judge this one, since, technically, the Mets “lost” Castillo to free agency. Butera, a catcher, is on the Twins’ 40-man roster; both he and Martin are toiling for the Twins’ AAA Rochester Red Wings.

Mike Jacobs, Yusmeiro Petit, and Grant Psomas for Carlos Delgado
Delgado will likely leave this winter as a free-agent — leaving the Mets nothing. Jacobs was eventually traded to the Royals for Leo Nunez. Petit was traded to the Diamondbacks for Jorge Julio, who was traded for Byung-Hyun Kim, who was eventually waived back the the D-Backs. The 24-year-old Petit has made 14 starts for Arizona this year. Psomas made it as high as AAA but is now in the Frontier League, playing for the Washington Wild Things.

Dante Brinkley and Gaby Hernandez for Paul LoDuca
LoDuca left as a free agent after the 2007 season (prompting the trade of Milledge for Schneider and Church). Hernandez was eventually traded to Seattle for Arthur Rhodes. Brinkley spent a few years in A ball before being released.

Mike Stanton for Felix Heredia
Heredia pitched three games, busted his elbow, and left as a free agent. Stanton threw half a season for the Yankees before being released.

Jason Phillips for Kaz Ishii
Ishii was released. Phillips was eventually let go by the Dodgers as well.

Jae Seo and Tim Hamulack for Duaner Sanchez and Steve Schmoll
Sanchez and Schmoll were both eventually released. Seo was traded to the Devil Rays, along with Dioner Navarro, for Mark Hendrickson and Toby Hall.

I saved those last few deals for last. Omar Minaya received — and deserved — much credit for the deals that brought in Nady, Sanchez, Maine, El Duque, and Perez. Three years later, though, it boils down to this: the Mets got El Duque, Duaner Sanchez, Oliver Perez, and John Maine, but they sent away, among others, Xavier Nady. In the meantime there was an NL East championship, about five combined seasons lost to injury (adding up the DL time of those three pitchers) and close to $50M paid out to the acquired arms.

Again, the point here is not whether the Mets were fleeced, or fleeced someone else, in a deal. Rather, it’s an evaluation of how many renewable assets the Mets obtained in these deals — meaning, the players they were able to flip in return for more players down the road. The answer is not many. More alarming is the number of players who provided very little service time, in contrast to the players sent away who went on to either perform for several years and/or were traded again for useful assets by their new team.

But maybe this criticism is unfair; I have no idea how well other teams do in respect to trading for players who eventually provide further value down the road. For all I know it’s common for a team to trade for a player who eventually leaves the organization for nothing in return. In any case, you can see from the above that the Mets have sent away a fair number of players in return for a very few. That’s forced them to acquire most of their personnel via free agency — in other words, players cast away from other organizations for one reason or another (except for the handful of “high impact” signings — which cost the Mets not only huge sums of cash but #1 draft picks).

Bottom line? It appears from this angle that it’s time for the Mets to take a new attitude toward trades. Rather than send away several assets for one short-term solution, they may want to begin trading a few valuable veterans in return for large packages. I don’t see any other way they can quickly and efficiently re-stock the organization.

Back Josh Thole Promoted
Next Mets Game 132: Loss to Rockies