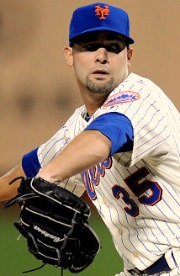 Back Will Sandy Alderson Answer the Steroid Question?
Next Four Answers To Anti-Wally Questions