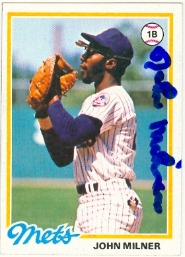 Back Does Smart Mean Good?
Next Mets Sign Chris Young