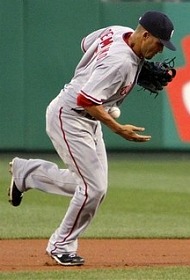 Back Ollie: A Year Ago
Next Another Lawsuit for Mets