Mets avoid sweep, beat Braves — though, it took three pitchers to get the final out of the game.

Jonathon Niese pitched a strong game, going eight innings and allowing just one run on six hits and two walks, striking out six in a very efficient, 106-pitch effort. It seems that he follows a pattern: a good start followed by a not-so-good start. Niese threw from a fairly good, fairly consistent, overhand arm angle, and as a result his curveball had good 11-5 bite and his fastball had nice downward movement. Additionally, he had the benefit of Rob Johnson behind the plate, which in my opinion can’t be overestimated. As mentioned in posts previous, Johnson is not necessarily a stellar backstop, but he’s much better than Josh Thole when it comes to pitch-calling, setting up hitters, handling the pitcher, receiving strikes, and taking charge.

The story of the night was Niese, but it helped that the Mets finally scored a few runs. In particular, it was nice to see David Wright and Ike Davis provide some production. Also, after going 3-for-August (3-for-24), Jordany Valdespin broke out of his slump with a solo homer and bloop single.

Interesting seeing the Braves batters swinging so aggressively against Niese. Even in the seventh inning, down by four, the first two hitters were swinging at the first pitch. Really? Since when is it possible to hit a four-run homer with nobody on?

Josh Edgin and Frank Francisco managed to make the game entertaining in the ninth and therefore keep fannies. Besides walking in two runs with the bases loaded, Francisco threw a fastball over the middle of the plate on an 0-2 count to Martin Prado, resulting in a two-run single. How Michael Bourn didn’t score from third on that hit is unknown; perhaps a gift from the baseball gods?

I’m not sure what was going on in Francisco’s mind during that debacle of an outing. He seemed to be half-asleep, and lacking in confidence. All he threw were fastballs; doesn’t he throw a secondary pitch? I could swear I saw him throw a slider or something earlier in the year.

Let me leave you with this: can you tell which is Ben Sheets, and which is Seann William Scott? 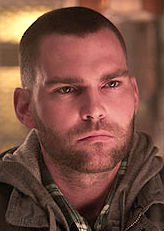 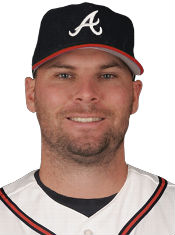 The Mets get a day off on Monday, then travel out to Cincinnati to take on the Reds. Chris Young goes to the hill against Mat Latos.

Back Mets Game 114: Loss to Braves
Next Mets Outfield: Worst in MLB?