Is Terry Collins To Blame? 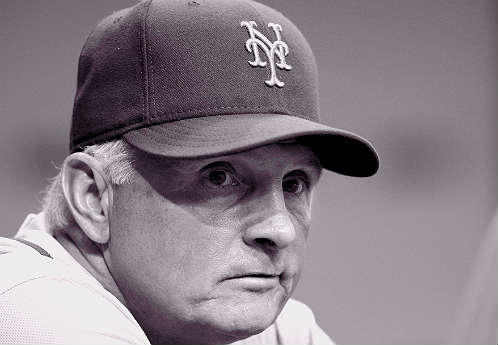 As the Mets were cruising into the All-Star break with an improbable winning percentage, I distinctly remember whispers from beat writers, bloggers, and the SNY announcers that Terry Collins was in line for Manager of the Year. After all, the pundits predicted putrid performance from Flushing, with most picking the Mets to finish dead last. Since they were only a handful of games away from the top of the NL East, surely, Collins had to be at least part of the reason.

Fast-forward to now, when the Mets are 13-29 (.310) since the break, have lost seven of their last ten, and last week were swept in a four-game series at home against one of the worst teams in MLB.

If Collins was the reason the Mets over-achieved in the first half, then he has to be part of the blame for the second-half snafu – right?

Or, maybe Collins has had no effect — good or bad — on the club. Maybe he’s just a babysitter.

What’s your thought? Vote below and post your opinion in the comments.

Back Collin McHugh Blogs About his MLB Debut
Next Mets Game 129: Win Over Phillies