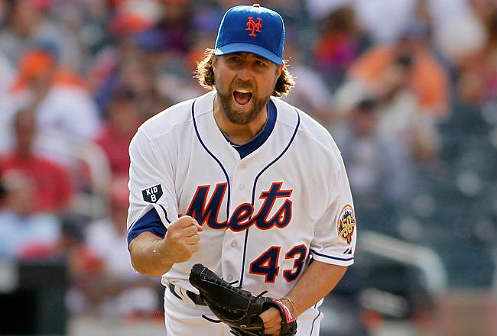 R.A. Dickey became the first knuckleballer in major league history to win the Cy Young award.  Here’s what he had to say about it on the MLB Network.

Now, about that contract…

Back Link: Gee, Parnell Pitch In
Next Buck Showalter Robbed