Who is Next Year’s Matt Tuiasosopo? 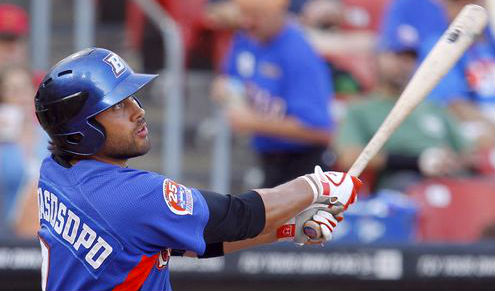 While the Tigers were in town to devour the Mets a few weeks back, you may have noted a no-name corner outfielder swinging a big stick — Matt Tuiasosopo. If you watched or listened to one of the game broadcasts, you may also have learned that Tuiasosopo was in the Mets organization last year.

Yes, the sometime left fielder for one of the top teams in baseball played for the Buffalo Bisons last year after toiling 8 years in the Seattle Mariners organization. Remember over the winter, and then in the early spring, when the Mets were looking for outfielders — and preferably, any that could hit with some power from the right side? They had one right in their backyard during all of 2012, and despite glowing reports and recommendations from Buffalo, the Mets turned Tuiasosopo loose at the end of last year.

Will they make a similar oversight this year?

I can’t kill the Mets for letting a career minor leaguer / AAAA player walk away, even if he did find his stroke elsewhere. And it’s not as though Matt Tuiasosopo turned into an everyday outfielder and MVP candidate. What’s bothersome, though, is that upper management completely ignored the advice of its own people. Further, that with glaring holes in the outfield, they preferred to roll the dice with unknown quantities outside the organization instead of working with an owned asset who showed potential.

Don’t get me wrong — I think the Mets had to, and have to, continue to look outside their minor league system to fortify the 25- and 40-man rosters. But part of the reason for this is that they’ve been less than stellar in developing talent. While they’re investing considerable energy forcing square pegs into round holes (Daniel Murphy, Josh Thole, Lucas Duda, et al), I wonder how often they’re allowing less-intensive projects such as Tuiasosopo fall under the radar — to the point where they leave the organization? To be fair, the Mets did see something in Jeremy Hefner that others (including myself) didn’t, as well as Omar Quintanilla (though they did jettison Quintanilla to Baltimore before he returned) and Justin Turner. I’m not talking about finding gems off the scrap heap, such as Scott Rice or Marlon Byrd. Rather, I’m focused on what the Mets do with the talent they have in their organization, even if it is only for a year. How are they evaluating players, particularly at the upper levels — i.e., close to “big league ready”? If their own people are making recommendations for personnel who can fill glaring holes, why aren’t they using that proprietary information to their advantage?

In the case of Matt Tuiasosopo, I’ll quote this from Mike Harrington of the Buffalo News:

Several times last summer, the New York Mets called then-Bisons manager Wally Backman looking for a player. One day last August, Backman told me that on at least three occasions, he had recommended the Mets call up Herd utility man Matt Tuiasosopo. But the brass in New York had other ideas and Tuiasosopo never got a look.

When the season ended, Tuiasosopo gave the Mets a chance to sign him again for 2013, and they said thanks but no thanks. So just as he did a year earlier, he sent an email around to teams looking for a job. The Detroit Tigers answered and Tuiasosopo, impressed by watching the Tigers’ run to the World Series, signed a minor-league deal with them after Thanksgiving.

With a strong spring training, Tuiasosopo made the Detroit Opening Day roster and became the righthanded side of a left-field platoon. He’s cooled off considerably after injuring his rib, but hit .329 in the first half with a .447 OBP and 1.070 OPS, whacking 6 HR and 22 RBI in 85 at-bats. Not too shabby.

Granted, his stat line for the Bisons in 2012 isn’t spectacular. He hit .242 with 12 HR, .329 OBP, and dismal .690 OPS. But if stats meant everything in evaluating minor leaguers, then a nine-year-old could do it. Evaluating talent is not about what’s happened in the past, but what might happen, or could happen, in the future, at a higher level. Stats can help project, but rarely tell the whole story.

With Tuiasosopo let go, the Mets searched outside the organization for a AAAA outfielder with offensive potential. They brought in — among others — Colin Cowgill, who failed miserably, and Andrew Brown, who did not. Brown, in fact, shows flashes of extraordinary power, and posted eye-popping numbers in the hitter-happy PCL. Considering his age (29), and his sub-.300 OBP at the big-league level this year, he’d seem a good bet to be set free this winter. Will he emerge elsewhere as a useful, semi-regular player for a contending club next year? Who knows? But he would seem to have the best opportunity to be the 2014 version of Matt Tuiasosopo — if indeed, one exists.

What say you? Is there someone playing under the radar in the Mets organization that may be let go this winter? If so, does it concern you? Are you wondering why I’ve wasted 850 words on this subject? Answer in the comments.

How about a Mets 3D iPhone 5 case 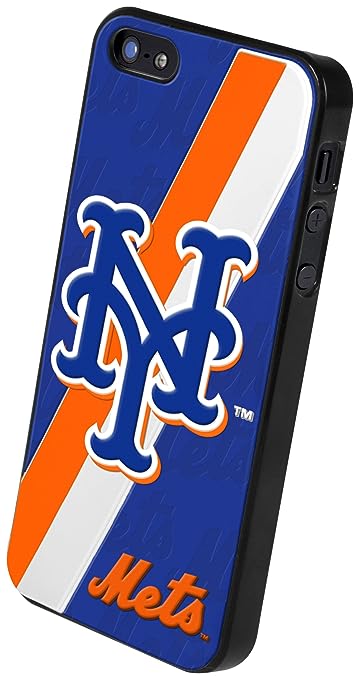