By ending the 2013 season 74-88, the New York Mets have compiled a record of 225-261 with Terry Collins as manager. Fittingly, Collins was rewarded with a two-year contract extension that includes an option for a third year.

Which do you think has a better chance of happening: the Mets going to the postseason with Collins at the helm, or Collins losing more games than any other manager in Mets history?

It all depends on how you define “losingest.” If you go merely by the number of losses, Collins would have to lose 206 games to catch Bobby Valentine, who has the most losses as a manager in Mets history with 467 (Valentine also has the second-most wins as a Mets manager, with 536). As cynical as I am about the next two years for the Mets, I doubt highly they’ll lose 206 games in 2014 and 2015. But, if Collins hangs around for the two guaranteed years plus the option, they’d only have to average 68 losses for Collins to meet Valentine’s total — and, if indeed Collins is still manager at the end of 2016, the Mets almost assuredly will have lost at least that many games.

On the other hand, if you consider “losingest” to be the worst won-loss percentage, Collins would have to pull off a near-miracle to sink to the depths of Casey Stengel‘s .303 (175-404). The miracle, of course, would be Collins retaining employment through such a horrendous tenure.

ASIDE: You may be wondering how, in five years of managing the Mets, Torre could have 101 less wins than Collins over the same time frame. It’s because Torre took over the Mets 45 games into his first “year” of managing (1977), so he was responsible for only 117 games. His last year as manager was the strike-shortened 1981 season. So there you go.

What’s interesting to me is that if things go as badly for the Mets over the next two years as they did in the previous two, Collins may well pass Stengel’s 404 losses right around the 2015 All-Star break, and slide right behind Valentine with the second-most losses in Mets managerial history before September’s meaningless games begin. It took Stengel only four years to reach 404 losses, and Collins certainly will need to get to a fifth year to equal such a total — but that’s kind of scary, isn’t it? That it’s possible for Collins to lose as many times as Stengel did during the hapless infancy of Mets history, with only about a half-season more of work? I’m not suggesting that’s going to happen, nor am I suggesting that the Mets will continue to be an 88-90 loss team for the next two years, but an objective observer would have to admit it’s a fair possibility.

What do you think you’ll see by the end of 2015: a Mets playoff appearance or 400 losses managed by Terry Collins? Answer in the comments.

Chilly fall weather has returned — the kind where you keep the window open to let in the fresh air while you hang out and watch TV, but need a comfy blanket to wrap in or throw over your stockinged feet. How about this plush 60×80-inch throw blanket 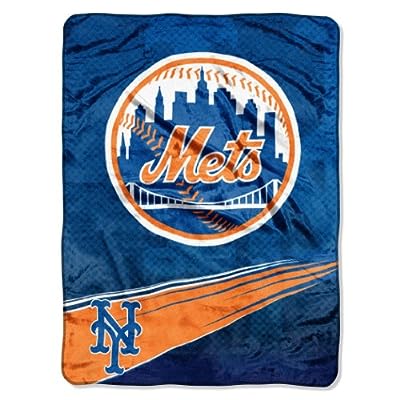 Back Link Roundup: Playing Carnac
Next Will Wally Go To Washington?