Is it safe to say Mike Pelfrey is NOT ready for prime time? Or are the Mets going to continue to force him out to the mound, and crush his confidence with every outing?

Pelfrey pitched six innings, allowing six hits, two walks, one homer, and four earned runs. Not a bad outing — certainly one of his better performances of the year — but not a good outing either, despite what the highly optimistic SNY broadcasters might suggest.

Mike’s got some good stuff, there’s no doubt about it. He has a potentially great sinker, a potentially devastating slider, and a potentially good changeup. Unfortunately, that’s a little too much “potential” and not enough “ready now” for a first-place, championship-bound team.

Think about it: this may have been Pelfrey’s BEST game of the year, and he still allowed four runs in six innings. And he was benefitted by an unusually liberal strike zone. Not exactly lights-out.

MetsToday reader Micalpalyn pointed out that Pelfrey is not unlike Jeremy Bonderman circa 2003 — a very big, raw kid with electric stuff that is nowhere near consistent enough to count on for big league duty. Bonderman, however, sowed his oats on a last-place team that finished 47 games behind the league-leading Twins. The Tigers could afford to trot Bonderman out there every five days and let him learn on the job. The Mets, on the other hand, are in a very tight pennant race that could become tighter in the second half. Every win counts. And while we have seen some very tiny baby steps in each Pelfrey start, it’s apparent that he can’t help — as a starter — this year. He looks good in spurts, yes, but makes enough mistakes to counteract the good. He’s pitching just well enough to lose.

Of course, it didn’t matter whether Pelfrey allowed four runs or one — the Mets could not make sense of future Hall-of-Famer Wandy Rodriguez, who kept them off balance with an array of 87-MPH fastballs, hanging curveballs, and straight changeups.

The Mets mustered only four hits — one each by Jose Valentin, Carlos Beltran, Damion Easley, and Ramon Castro. Beltran’s was the only extra-base hit, a double. They never threatened to score, never getting past second base.

Wandy Rodriguez is simply spectacular, the best lefthanded pitcher I’ve seen since Ron Guidry. I’m guessing this is what Sandy Koufax looked like (I’m too young to have seen Sandy pitch). I can’t believe Wandy isn’t the starting pitcher for the NL All-Star team. Wandy went nine full innings for the four-hit shutout, walking one, striking out eight, and expending only 105 pitches in the process. He could have gone another three innings if necessary.

What’s with Shawn Green’s first-pitch hitting in this game? He’s usually the one guy taking a strike. Very strange.

Jose Reyes chose to play umpire in the 8th inning and not run out a grounder down the third-base line that stayed fair. Besides the embarrassment of third baseman Mike Lamb walking the ball over the first base for the putout, Reyes was pulled from the game by manager Willie Randolph. On the one hand, I’m with Willie on this one — the batter shouldn’t be watching the ball, but putting his head down and running to first. On the other, Willie has allowed this lackadaisacal crap all year from the supposed “veteran leaders” of the club (Julio Franco, Carlos Beltran, etc.) — so why make an example of Reyes, and why now? This was an issue that needed to be nipped in the bud back in May, or early June — most certainly during that losing streak, when nearly everyone on the field was sleepwalking. To make matters worse, Willie was asked point-blank about Franco’s jog down the line in the last game vs. Philly by Joe Benigno on WFAN, and Randoph’s response was something to the effect of, “you can’t expect a 49-year-old guy to bust it down the line”. Huh? Are you kidding me? I don’t care if you’re 29, 49, or 99 — if you’re on a MAJOR LEAGUE roster, you better be physically able to sprint 90 feet. If you can’t, turn in your uniform and go play in a Sunday softball league.

Should be interesting to see how this turns out …

Tom Glavine goes against Woody Williams in a game for the geezers. Start time is listed as 7:05 PM EST. 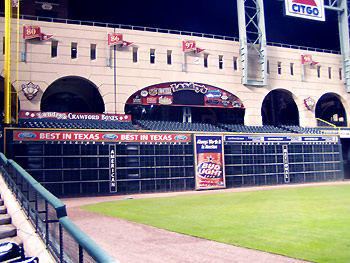 Five things I hated this past week …

1. Cynthia Rodriguez’s T-shirt.
Was she trying to get back at A-Rod, the Yankee fans, or the New York media? Or does she think that’s good fashion sense? Just loving the fact that she wore that crap with her two-year-old in tow.

2. Julio Franco not hustling out the 9th-inning grounder booted by Chase Utley.

If his knee is so sore he has to kill rallies and embarrass himself, maybe it’s time to go on the DL. It’s not like the Mets will miss his slow bat off the bench — and he can still suit up and fulfill his role as “good clubhouse guy”. (60-day DL would be ideal)

3. Todd Helton’s beard.
What is that? a bobcat on his chin? Is he trying to fit in with the mountain goats? Does that thing get searched in airline security? Has the US Border Control checked it for illegal aliens? Will he need to apply for a small game hunting license before he can shave it off?

4. Thin air, Coors Light, humidors, “Rocky Mountain Way”,
… and anything else that reminds me of those three games in Colorado.

Well, at least he didn’t walk anyone.