Upon returning from Florida, the first news I heard was that Ruben Gotay injured his ankle sliding into home plate during Sunday’s game against the Dodgers in Vero Beach.

I also heard that Brant Rustich has been shut down, but can’t confirm beyond what’s been posted on MetsProspectus.

So, in addition to Gotay and Rustich, we have Ryan Church out for a couple weeks with a concussion, El Duque out with assorted issues, Carlos Delgado day to day with a hip ailment, Endy Chavez hobbling on a bad ankle, Jose Valentin and Damion Easley less than 100%, Carlos Beltran and Luis Castillo recovering from knee surgeries, Brian Schneider with “sore legs”, Tony Armas Jr. still trying to enter the country, and Olmedo Saenz hiding behind a water cooler.

This is a big blow to Gotay, who got off to a good start in his fight to win the 25th spot on the roster. He suffered a sprained ankle, and it’s not known how long he’ll be out.

Would you like to see what Pedro Martinez is driving around Florida these days? 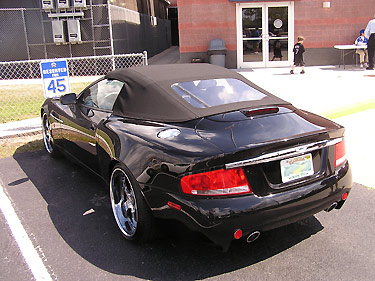 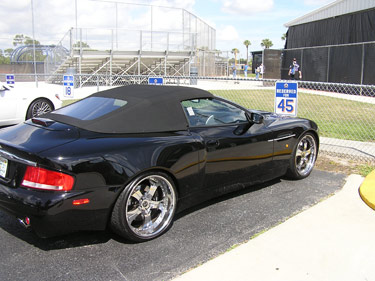 Oh and I doubt it’s a rental, based on these custom wheels (see the middle): 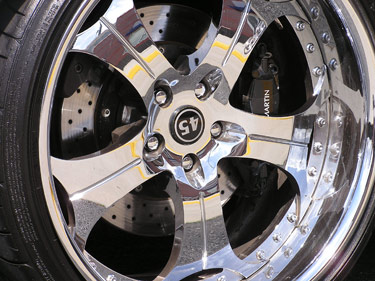 You may have read on Hot Foot that Larry Bowa was prepared to spit on the new rule that all MLB base coaches were required to wear a helmet — a rule created after minor league coach Mike Coolbaugh died from a line drive to his head last season.

However, in yesterday’s game at Port St. Lucie, it appears Bowa has had a change of heart: 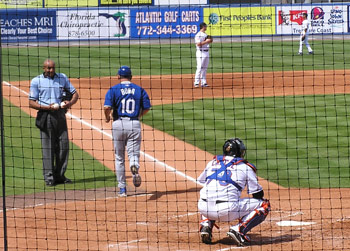 There’s still time for Bowa to win this year’s “Gary Busey Award for Big-Mouthed Stupidity in Regard to Protective Headgear”.

Listen to Me Live

There’s nothing on TV on Sunday morning, so head on over to Mike Silva’s Gotham Baseball Live and listen to my spring training experience at 9:30 AM.

You can listen to the show here, and there is also a direct download link for saving and listening later (on your computer or iPod / MP3 player).