According to MLBTradeRumors, Omar Minaya and Cleveland GM Mark Shapiro had a face-to-face meeting.

MLBTR speculates that the Mets might be interested in an outfielder such as Jason Michaels, David Dellucci, or Shin Soo Choo, and possibly in pitchers Cliff Lee and/or Jeremy Sowers.

Choo — no, because he’s coming off TJ surgery and is not better than existing options. Dellucci — no, he’s a LH hitter and the Mets need a righty. Michaels — maybe, but I hope not. Lee — possible. Sowers — huh? I thought Sowers was the Injuns’ lefthanded version of Mike Pelfrey … so how / why is he available?

Personally, I hope the talk surrounds Kelly Shoppach … but that’s doubtful. Lee or Sowers would be a fine alternative for fifth starter insurance … or who knows, maybe I was on to something with the Andy Marte suggestion.

Odalis In, Patterson Out

Wasn’t it just over a year ago that the Nats wanted Lastings Milledge in a deal for Patterson? And today they think Odalis Perez is a more valuable arm. How quickly things change.

Patterson has been dealing with elbow issues since going 9-7 with a 3.13 ERA on a bad Washington team in 2005; he’s made only 15 starts in the last two years. This spring he has a 7.00 ERA in nine innings of work.

Joel Sherman claims the Mets are not interested. Hmmm ….

The Only Problem with Reyes 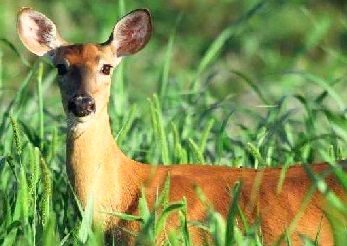 I love Jose Reyes for so many reasons — his ability, his constant smile, his electric style of play, and his obvious sheer love of playing. But there’s one issue that bothers me: standing at the plate waiting for a hit ball to go foul.

It’s a little thing, I know, but he did it enough in 2007 to annoy the crap out of me, and he’s already done it a few times this spring — most recently, last night in his first at-bat against the Orioles. Most of the time, it’s not a big deal, because the ball does eventually bounce foul. But occasionally — such as last night — the ball is called fair, and there is Jose standing in the batter’s box like a deer in headlights for a moment.

Yes, once he saw the ump call the ball fair, he took off like a bat out of hell and was rounding first before you could blink — I don’t doubt his hustle. But I do doubt his decision to “play umpire” and think about whether the ball is going fair or not. What he should be doing is taking off at full speed immediately after contact, until the umpire calls the ball foul. That’s the way I was taught, and the way everyone else was taught way back in little league: “run hard until someone tells you to stop”.

Other than that one little caveat — which has earned him a negative rep as a “dog” by some — Reyes is close to perfect in my book.

Brad Lidge — the most prominent offseason acquisition by the Philadelphia Phillies — has already returned from knee surgery and pitched one inning in minor league intrasquad action yesterday.

According to Lidge (from the Canadian Press):

“I felt great with everything from warming up to throwing in the game,” Lidge said. “There is nothing better than facing hitters and that was a lot of fun.”

Lidge threw 19 pitches, 11 for strikes, and struck out three in a simulated session where he faced five batters. He’s expected to throw to live batters again some time this weekend — most likely on Sunday.

Seemed like a pretty quick recovery, as he had arthroscopic surgery on February 25th. It wasn’t major surgery — only a repair to a torn meniscus. But three weeks from operating table to mound is mildly surprising (though not impossible).

Interestingly, Lidge had similar surgery on the same knee at the end of the 2007 season, in October. Who knows, this could be a chronic condition for the closer.

Last week you may have read on MetsBlog that Johan Santana, Jose Reyes, and Brian Schneider lent their names and images to wine bottles to raise money for several charities.

The wines will be called “Santana’s Select”, “CaberReyes”, and “Schneider Schardonnay”, and will retail for around 13 bucks per bottle. Proceeds from the sales of the wines will go to each player’s charity of choice, which is explained in more detail at the Charity Hop website.

My wife’s first question was, “Is Reyes old enough to drink?” (he is).

There are already some “reviews” on these wines, from Wine Spectator:

Santana’s Select: Incredible power at first, but then its complexity and depth throws you a changeup.

CaberReyes: This flies across the palate with awesome quickness, but some old-schoolers complain it dances too much on the tongue.

Brian Schneider – Schneider Schardonnay: A wine for those who want to trade away youthful promise for an aged, reliable vintage. Plenty of oak gives it a strong defense. But how much Schardonnay can you drink before you Schneider all over the floor?

And you thought wine snobs had no sense of humor?

BTW, the wines are made by California estate Clos LaChance, a solid producer (I’m, eh, a wine geek myself … see my blog WineWeekly.com).

The New York Mets will obtain an outfielder – first baseman before the season starts, and he most likely will be a righthanded hitter. That much is certain. Who that player will be, however, is still a mystery.

Let’s get one thing out of the way: I love Angel Pagan, and believe he deserves to make the team out of ST. But he’s not the player the Mets need to fill in for Alou, spell Church, and/or backup Carlos Delgado. The Mets need a “stick”, a guy who “rakes”; in short, a professional hitter.

MetsBlog reported Jayson Stark’s comments on the situation (I’m too cheap to subscribe to ESPN):

… while the Mets prefer Thames or Xavier Nady, “They continue to kick the tires on a group that includes Reed Johnson, Ryan Freel and Juan Rivera.”

From the above statement, we can be sure that the Mets will NOT acquire Marcus Thames, X Nady, Reed Johnson, Ryan Freel, nor Juan Rivera. Because we know that when Omar makes a deal, it comes seemingly out of nowhere.

In an attempt to crawl inside Omar Minaya’s head, here are my best guesses as to who’s coming to the Mets:

That last one surprise you? Well, No-mah is none too happy with Mr. Torre, and though by joining the Mets he would be walking into a similar situation of not playing regularly, I believe he’d get enough playing time to garner 400 ABs — better than what he’ll do in LA. Of course, that depends on whether he can stay healthy — a factor that makes him a perfect fit with the hospital ward we call the New York Mets clubhouse.

And even though they are lefthanded hitters, I wouldn’t be surprised to see either Aubrey Huff or Scott Hatteberg come Shea-way. Nick Johnson would be nice, but the Mets won’t part with the necessary youngsters — the same reason we won’t see Nady return.

Any other “under the radar” suggestions? 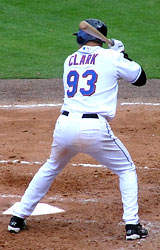