Excuse me for the late notice … I haven’t been paying attention the way I should.

So it just registered with me that Bobby Parnell “will be limited to 60-70 pitches during his outing” — at least, that’s what’s being reported on MetsBlog (and I’m sure it is correct information).

Great. Except, one thing: Bobby Parnell has NOT THROWN MORE THAN 33 PITCHES in any one outing all season.

Is anyone else seeing the problem I’m seeing? Am I nuts, or is it a little crazy to suddenly double his highest pitch count of the season? To come up with a “limit” that is FIVE TIMES HIS AVERAGE PITCH COUNT per outing this year?

Yes, folks, five times. Parnell has tossed a total of 817 pitches in 54 games. We know my math stinks so I used a calculator — but you can double-check in case my fat fingers affected the result.

May I add that Parnell seemed slightly surprised that he was getting a start when originally speaking to reporters the other day — so I’m guessing he wasn’t augmenting his in-game counts with extra side sessions. Though, he could be a really good actor.

Again, I must bring up the painstaking care and attention the Yankees paid to their young fireballer Joba Chamberlain, during his transition to the starting rotation. Either the Yankees were being unbelievably cautious, or the Mets are being incredibly irresponsible. No one can say for sure, but one look at the way the Mets have handled the physical condition of their players over the last few seasons is enough to make me skeptical. 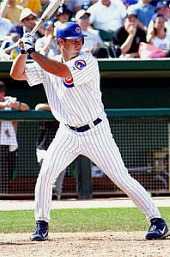 We kept waiting for the bubble to burst, the shoe to fall, the dam to break, the bricks to fall — the Ollie to implode. Indeed, we sat sweating at the edge of our seats, nails chewed to the nub, through 6 full innings, waiting for the inevitable to occur.

Finally, in the seventh, Perez walked the first two batters he faced — a sure sign that doom was looming. He was momentarily saved by an undisciplined cement-head hacker named Kouzmanoff, then teetered back toward danger when Chase Headley blasted a double to deep left-center that scored one and placed runners on second and third.

Then, a few minutes past the stroke of midnight (EST), and a hair before Ollie’s ride home was to turn back into a pumpkin, Brian Stokes arrived and preserved the otherwise fine performance turned in by the Mets’ enigmatic lefty. Stokes put out that fire and then one he stoked of his own in the eighth before yielding to the record holder for saves in a single season, Francisco Rodriguez.

Remarkably, on a rare night where Oliver Perez kept himself together, it was Frankie Fantastic who suffered a meltdown.

K-Rod began the ninth by walking the leadoff batter, Kyle Blanks. He then allowed a double to Will Venable, scoring Blanks. He then walked Henry Blanco, and intentionally walked Oscar Salazar to load the bases. He then engaged battle with the 5’9″, 170-lb., 22-year-old rookie Everth Cabrera — who had not played above A-ball prior to this season, and hit all of 8 homeruns in over 1200 professional plate appearances.

Cabrera worked the count full, and, facing six men in the infield, blasted a K-Rod fastball into the rightfield seats — a walkoff grand slam to win the ballgame.

Offensively, the Mets got two quick runs in their first turn at bat, then went to sleep. They had just one hit after the third inning, and nothing resembling a rally over the final 8 frames.

Fittingly, former Met Heath Bell was credited with the win.

The play at the plate that scored Blanks could have gone either way. Brian Schneider made a diving, swiping tag just as Blanks’ hand was reaching for home plate. Had he been called out, perhaps the game would’ve ended differently — but somehow I doubt it.

Lucky for Schneider that the 6’6″, 285-lb. Blanks chose to make a head-first slide into home. You would think that a man that size would come barreling into the plate — resembling a Mack truck or a Sherman tank. If he had, and Schneider were in the way … well, it’s an image I would not want to witness on a full stomach.

OK, so Ollie had an outstanding outing — until two runners reached base. I guess the key is for him to throw a perfect game every time out. As long as no one gets on, he should be fine.

Does Ron Darling have a memory problem, or does he think that we do? He harped on Ollie’s “new” delivery tweak — the “beautiful pause” during the leg lift and just prior to the stride. Darling went on to laud Dan Warthen for directing this adjustment, etc., etc. Well, excuse me, but the rest of us who have been watching Perez pitch since 2006, have seen this pause before — on several occasions. It may work for a while, but like all of Ollie’s attempts at consistency, it won’t last long. Further, by stopping his motion in mid-delivery, he is also stopping the forward momentum that helps drive velocity and takes pressure off the arm. This “new” delivery may be effective now, but is not likely to remain so over the long haul. It’s just another tease, and an illogical reason to believe that Ollie “has finally turned a corner”.

And by the way, Oliver’s ability to keep his shoulder closed when he drives to the plate has little to do with the pause, and more to do with the fact he is starting his windup by stepping straight back behind the rubber. By stepping straight back, it gives his body a better chance to stay on a straight line toward the plate, and part of that is keeping his front shoulder in line, or “closed”. In contrast, when he starts by stepping sideways, he starts his entire body sideways, which causes his front shoulder to over-rotate back toward centerfield early in his motion, and the equal and opposite reaction is for that shoulder to fly open early. But before you dismiss my analysis — after all, I didn’t go to Yale and I didn’t pitch in the bigs — understand that it’s not my opinion, but rather a systematic chain of events explained by some guy named Newton.

Also, while the enormous Kyle Blanks was at the plate, Darling mentioned that “the bigger the hitter, the taller they are, the more vulnerable they are to the low strike”. Kids, don’t necessarily file that as a rule. Every hitter is different, and in fact, many tall hitters tend to be “stand up” hitters, meaning they don’t have a lot of bend in their knees / don’t crouch in their stance. And a “stand up” hitter almost always tends to be a LOW-BALL hitter — usually, the reason he stays upright is because he has trouble with HIGH pitches. Though, I will agree that tall hitters generally get the shaft when it comes to pitches called as strikes below their knees, as few umpires will adjust their strike zone up (though according to the rules they are supposed to).

As long as I’m in a critical mood, what was with the Jerry Manuel love-fest during the second inning? Kevin Burkhardt’s rundown of a typical day in the life of manager Manuel was mildly entertaining (though a bit long), and I was fine with that. But even my wife, who was busy doing god-knows-what on her iPhone, disengaged in her activity and asked me why Gary Cohen and Ron Darling were going on and on and on and on about Manuel being a wonderful person, a nice guy, a lover of humanity, yadda yadda yadda. Are the latest talking points issued by SNY designed to carve a favorable image of Jerry Manuel, to justify the Mets’ keeping him on board for 2010?

As my wife asked out loud,

“Tony LaRussa’s a great manager, right? Is he considered a nice guy? What about Lou Piniella? So what does being a nice guy have to do with managing a winning team?”

And I must add, she has NO IDEA who Leo Durocher is. Bless her.

The Mets and Padres do it again at 10:05 PM on Saturday night. San Diego supposedly has perfect daytime weather, but they insist on playing night games, much to the chagrin of we bleary eyed Right Coasters. Oh well. Bobby Parnell pitches the first three innings for the Mets while 21-year-old rookie Mat Latos starts for the Padres.