Mets Mail It In 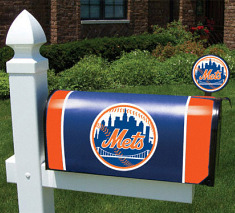 This is the starting lineup tonight:

Shades of 2004 … only, where is Gerald Williams? At least he had a nickname.

If this lineup isn’t enough to prove the Mets have given up on the season, I don’t know what is. Looking forward to 2010!

BTW, seeing Sullivan and Reed starting simultaneously is not enough proof to my wife that they are two different people. She’s convinced they’re spread far enough apart in the lineup to still be the same person. I’m sure she’ll believe during the bottom of the first, when both take their places in the outfield.

With the economy in a tailspin, unemployment through the roof, and diehard fans unable to partake in their favorite pastime due to money woes, the New York Mets have made the gracious and humane gesture of lowering the price of some tickets by 15%.

Now, you negative Nellies out there will be quick to point out the losing season, uninspired play, and overall degraded “product on the field” as a good reason to offer a discount. The worst of you likely are saying the Mets have instituted this charitable deduction as a means to stimulate sluggish ticket sales. Well, the whole lot of you can go

At least one ardent Mets fan has lost faith in the 2009 season — Lynn Cohen.

Poor Lynn chose October 3rd as the big day for the “Gary, Keith, and Ron” / Pitch In For a Good Cause “main event” at Citi Field. Her optimistic side thought, finish a great year with a bang! The Mets would surely be bound for the postseason, and what better way to celebrate than have a big party — and raise money for charity at the same time?

How was she to know the highlight of the Mets season would be staying ahead of the Nationals?

But, the show must go on, and it will. The Mets will play all 162 games, and GKR will hold their season-ending event. There are a total of 800 tickets reserved for the event, which includes a two-hour pregame gourmet appetizer extravaganza, raffles, giveaways, and a $15 swipe card that can be used anywhere in the ballpark (that’s more than enough for a Shake Shack burger and shake, FYI).

As Lynn stated in an email to a number of Mets bloggers:

Obviously if the team is firmly in 5th place, the fundraiser is in danger! What to do with all of the tickets and swipe cards on the desk? Let’s make it a party, she thought. Not an end of the year party, but the beginning of a new one! A 2010 New Beginning party. Come to Citi Field with your GKR friends to purge the bad moments of 2009 and celebrate the good ones…and the even better ones that are sure to come next year.

Wow … when Lynn Cohen has given up hope, you know it’s time to raise the white flag. But you know what? I like the angle she’s taking. To be a Mets fan is to be eternally optimistic — “Ya Gotta Believe” is the standard mantra — so we just need to forget this godforsaken season and shift our optimism toward 2010.

And another thing Lynn is doing right — she’s offering 15% off the tickets to the event (and 15% off any GKR merchandise) to anyone who enters the code “blogger” between now and August 15th.

David Howard, are you listening? This is what businesses do when people don’t want to buy their junk — they discount it. (Not implying that the GKR merchandise is junk … David Howard and the Wilpons’ “product”, though is up for debate.) The Mets should take Lynn’s lead and begin discounting tickets. Now.

(Again, you must enter the coupon code “blogger” in order to receive the discount, and you have only until August 15th to get the discount. If you haven’t yet seen Citi Field, this would be a fun way to do so — and to help someone else at the same time. Click here to get tickets to the GKR event.

I keep waiting for Casey Stengel to show up in the postgame interview and explain that Marv Throneberry lost a ground ball in the sun.

The Mets were awful in nearly every aspect of the game — pitching, offense, defense, and fundamentals. This particular evening they seemed to be writing a book on how NOT to play the game. We’ll chalk it up to jet lag and the dry heat.

New dad Mike Pelfrey struggled from inning one, and left the game after six innings. He allowed 5 runs on 8 hits and 2 walks, and received little help from the defense — which appeared to be made up of Barnum, Bailey, and the Ringling Brothers. Reliever Elmer Dessens wasn’t much better, and didn’t receive stellar defensive support, either.

Offensively, the Mets did little against Arizona starter Doug Davis, save for a two-run triple by Fernando Tatis in the fourth and a meaningless rally in the top of the ninth. The only reason the Mets threatened in the final frame was because Chad Qualls — pitching in a rare non-save situation — was toying with them.

After Tatis’ triple, I timed Davis’ windup with Fernando on third base. He ranged from 4.0 – 4.6 seconds from the beginning of his motion to the time the ball reached the catcher. That’s really, really slow, and I’m sure Tatis could have stolen home easily. An MLB-average runner can easily cover 26-28 yards (90 feet minus a decent lead) in four and a half seconds.

The two men who hit well and had good at-bats in this game? Luis Castillo and Anderson Hernandez, who had two hits apiece. Hernandez was 2-for-3 with a double, walk, a run, and an RBI. He’s now 4-for-6 as a 2009 Met.

Early in the game Ron Darling commented about little leaguers and curveballs. I agree with Ron — the recent report from the “experts” at the ASMI stating that curveballs put less stress on a kid’s arm is absolute hogwash. The major flaw in the findings — and nearly everything from that organization is flawed — is that most kids throw all pitches with poor mechanics, so all pitches will put stress on the arm, but the curve doesn’t put as much stress because it’s thrown with less force and velocity. The key is mechanics. If a kid is taught the proper (and safe) way to throw any pitch, he shouldn’t have any problems. But that’s a big if — particularly when it comes to the curve. There is a safe way to throw the curveball, but no one teaches it at any level.

Also, need to help the kids again with a translation of Ron Darling’s explanation. Ron erroneously described “pronation of the elbow” as the danger in throwing a curve. In fact, it is the opposite — supination is what makes a curveball dangerous (and it’s actually the hand/wrist, not really the elbow, that supinates). I would excuse this technicality, but the truth is, PRONATION is in fact the safest way to throw a curve (or any pitch, for that matter). It’s not the traditional way to throw it (90% of MLBers supinate their hand to throw a curve), and it seems awkward, but it is fairly safe when executed properly and combined with proper weight training and other exercises to strengthen the pronator teres. The pronated curve is one of the wacky ideas of Mike Marshall, but it’s the one that makes the most sense and can actually be applied to traditional pitching mechanics.

In the eighth inning, Anderson Hernandez was charged with an error when he threw to an unoccupied first base bag. On the play — a routine grounder back to the pitcher — Dan Murphy inexplicably charged toward the ball, and was practically standing on the mound when AHern was turning the front end of a potential double play. I know one of the SNY talking points is to chat up Murphy’s “slick fielding”, but it’s as much of a ruse as it was when they talked up his left field play this time last year. You see mistakes like that in little league, maybe in a Babe Ruth or Cal Ripken league, but not beyond high school. This is the Major Leagues. People pay good money to watch the best baseball on the planet. That was embarrassing, and another case of a player hanging around a position long enough to be exposed.

Speaking of exposure, in the second inning, Angel Pagan made the terrible decision of diving for a two-out bloop hit by Doug Davis that wound up scoring two runs and putting Davis on third base. He wasn’t playing shallow enough, he misread the ball, he got a late jump, and then made an ill-advised dive. The very next inning, with two outs, Pagan got another bad jump on a long fly ball off the bat of Miguel Montero, and compunded it by missing the cutoff man on the throw into the infield, allowing Montero to advance to third base. Moments later Montero scored on a sharp single to right field, and I’d bet dollars to donuts that Montero would not have challenged Jeff Francoeur’s arm on that hard hit ball had he been on second base. So right there, Pagan was responsible for three runs. Did you see the final score? Simple fundamentals can win and lose ballgames — this was merely a more glaring example than usual.

The Mets have won 15 out of their last 18 games in Arizona. Mike Pelfrey was tagged with all three losses. The last Mets pitcher to lose a game in Arizona was Al Leiter.