Somehow, this 2-hour and 40-minute contest felt more like 4-5 hours of Chinese water torture … don’t ask me why.

Josh Johnson scattered 9 hits over 6 innings to beat the Mets for the seventh time against no losses in his career. Former Met Matt Lindstrom threw another dominating innng in setup relief.

There was some talk in the postgame suggesting that Luis Castillo’s lack of execution on a few plays didn’t help Pelfrey (strangely, no mention of Dan Murphy not helping Castillo with a routine scoop on a low throw at the back end of a DP relay). Maybe Castillo’s poor night did compound a situation or two, but Pelfrey still allowed 16 baserunners through less than 6 innings.

Jerry Manuel thought Pelfrey “was OK”. Huh. Not the descriptor I would’ve used.

Manuel also suggested that had the Mets executed defensively, they would’ve had a better chance to win. No sh**, Sherlock? News flash to the Master of the Obvious: your team has had a problem executing defensively, and fundamentally, since you took over from Willie Randolph. It’s not a coincidence.

Though Murphy was awful in the field on this particular evening, he did collect two hits, including a double that moved Keith Hernandez and Gary Cohen to compare him to Pete Rose and Wade Boggs. Stop. It. Now. This is the exact insanity at the this exact time last year that caused the Mets to pencil in Murphy as the team’s starting leftfielder in February. When Murph gets his average over .270 and his OBP to .320, we can start including him in sentences with everyday MLBers (though, still not HOFers).

Don’t get me wrong, I like Dan Murphy, I really do. But I find it obscenely offensive to compare him to people like Pete Rose and Wade Boggs at this point in his career — it’s an insult to my intelligence, and akin to comparing Omir Santos to Johnny Bench. Let’s see the kid achieve the level of “Major League Average Everyday Ballplayer” (or as the geeks say, “replacement level player“) before comparing him to Hall of Famers, OK?

On a positive note, Cory Sullivan made an awesome throw from left field to nail Dan Uggla attempting to stretch a single into a double. He made another impressive throw to home plate later in the game (though there was no play). See, I’m not completely negative.

Yup … Ollie is done for the season. He’ll be undergoing season-ending surgery on his knee.

Suddenly the release of Livan Hernandez isn’t looking so smart. Can Nelson Figueroa start twice in a five-day period? 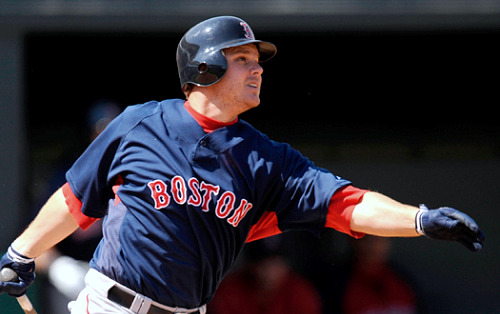