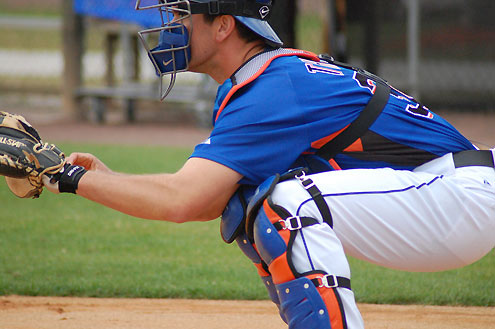 Take a look at the above photo, taken in Port St. Lucie from yesterday’s intrasquad game by Matt Cerrone of MetsBlog. It’s Josh Thole in his “runners on” catching stance.

Notice the flat back, weight forward on the balls of the feet (and off the heels), arms extended out in front. It’s classic, 1970s positioning, made famous by the likes of Johnny Bench.

If you didn’t think I was off my rocker when criticizing Sandy Koufax last week, then surely you believe I’ve gone bonkers on this one.