For the first time in at least 16 years, the Mets out-managed the Braves to a victory.

And yes, that includes the Bobby Valentine years (no offense, Bobby V.).

Today’s Mets lineup vs. the Braves in Atlanta:

This is the first big-league start of the Dillon Gee, the bulldog who showed some promise in September last year.

Note that Josh Thole is in the #2 hole and Willie Harris’ spot in the lineup keeps dropping — along with his batting average, as he’s 5 for his last 21. Also of note: baserunning blunder boy Dan Murphy sits while Brad Emaus starts at second base against righthander Tommy Hanson. Hanson actually was tougher on lefthanded hitters last year — holding them to a .226 AVG — but I think there is another reason for the decision to play Emaus over Murphy.

After seeing the Mets double their losing in the doubleheader yesterday, I was called on to write an article for ESPN. So, to double your MetsToday pleasure, you can also read my thoughts here: Displeasure Doubled in Recent Mets Sweep. Enjoy (?). 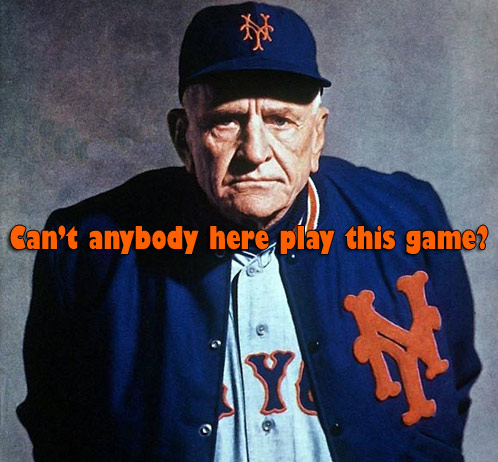