What a difference a day — and a pitcher — makes.

Link Roundup: All About Harvey 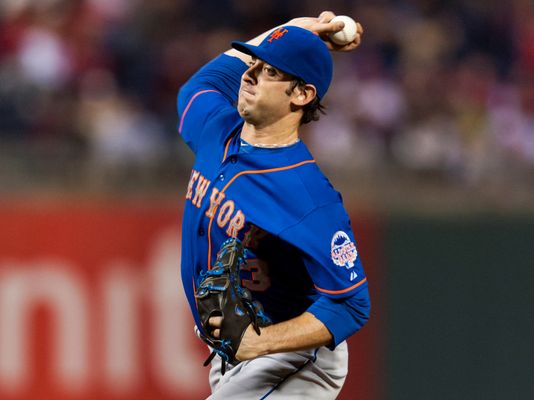 Matt Harvey pitched another great game last night, even without his best command. His fastball darted all over the place, his slider stayed up in the zone, and his changeup was inconsistent.  Yet his line looked like this:

One could picture Harvey afterward wearing a red Nike golf shirt saying casually “I didn’t have my A-game today” as he takes a sip of water.

He did it on a national stage, on ESPN, in the home of the Mets’ biggest rival, against a fading ace, Roy Halladay.  If one were prone to superlatives, one could say a torch might have been passed from one dominant right-hander to another last night.

Not since a 1950 movie starring James Stewart has the name “Harvey” created so much buzz.  But the Mets’ pitcher is no invisible rabbit.  He sure looks like the real thing.

Of course, we as Mets fans will always have the ability to find a cloud in every silver lining.  Is there such a thing as too many strikeouts?  Remember when Dwight Gooden tried to pitch to contact more in 1986 in order to lower his pitch count?  One could argue that limited his effectiveness.  One could also argue there were other factors.

In other news, how odd is it that the Mets are 5-2, but have no saves?

Also, a couple of veteran pitchers have found new life with the Mets.  Sidewinder Greg Burke could end up being a weapon out of the Mets bullpen, and well-traveled Scott Rice has shown us the human side of a replacement player.

The Mets are back in Philly tonight for a game featuring the Ben Affleck-approved matchup of Gee/Lee.  Keep checking out Mets today for all the latest.