Larry Chipper Jones finishes his career stuck at 49 homeruns against the Mets. 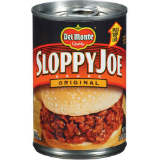 A game like this is called a “laugher.” Somehow I doubt there was any laughter in the Mets clubhouse after this ballgame.