Another day, another shutout.

Just another ho-hum day at the office for lunch pail-toting R.A. Dickey.

Would You Trade Fernando Martinez for Chris Tillman?

According to Roch Kubatko of MASN, the Orioles “would be willing to” trade right-hander Chris Tillman.

If you recall, Tillman, who will be just 24 next year, was, not too long ago, one of the most highly regarded pitching prospects in the game. Drafted in the second round of the 2006 draft by Seattle, the Mariners traded Tillman in a five-player package highlighted by outfielder Adam Jones to the Orioles for Erik Bedard before the 2008 season.  Tillman’s prospect profile took off from there; he dominated AA in 2008, ranking as the 22nd best prospect in the game by Baseball America heading into 2009. Tillman continued his success in AAA the following year, making his major league debut at 21 years-old in July of 2009.

Unfortunately for the Orioles, Tillman’s arrival has thus far marked the high point of his career. He has bounced between AAA and the Majors the past two seasons, struggling mightily in the big leagues; he is 7-15 with a 5.58 ERA in 180.2 career innings. His fastball velocity has steadily declined over the last three seasons, from an average of 92 mph in 2009 to 89.5 last season (although that might be partly be due to throwing a two-seamer more often), and his overall development has clearly stalled.

One thing I find interesting is that Tillman’s performance did show some marked improvement at the big league level in 2011. In 62 innings, he posted a 5.52 ERA but his BABIP  (.348) was high and his LOB% (65.7%) was well below the league average. His K/9 rate was 6.68, and his BB/9 3.63, both of which aren’t too far from average and was an improvement over his 2010 campaign. Tillman’s Achilles heel is his extreme fly-ball tendencies, inducing grounders just 37.3% of the time in 2011. Nevertheless, Tillman’s 4.83 xFIP is far more representative of his 2011 season. While not exactly ace-like, it’s hardly terrible, especially considering he pitched in the AL East.

What’s perplexing is that Tillman actually performed worse in AAA during 2011, posting a 6.25 FIP with a 6.37 K/9 and 4.48 BB/9 in 76.1 innings. Perhaps he was just experimenting at the AAA level, and his big league performance is a better reflection of what he is capable of right now.

On the plus side, Tillman doesn’t have any history of arm injuries. Even if he does regain his old form, Tillman’s fly-ball propensities will probably preclude him from ever really dominating at the big league level. But, many pitchers — such as Ted Lilly — have performed quite well in spite of similar fly-ball tendencies. Worst case, Tillman can very easily be a decent bullpen arm.

So would it be worth trading F-Mart for Tillman? Tillman probably has a better chance of making at least some impact for the Mets, as either a back-end starter or a middle reliever, given his lack of injury history. At this point, whom would you rather gamble on? 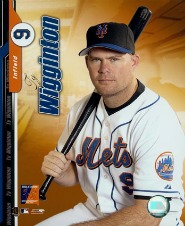