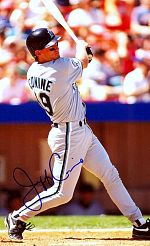 Back Mets Game 123: Win Over Nationals
Next Series Preview: Mets vs. Padres II