The excitement of the Omar Quintanilla signing has been somewhat muted by the latest comments by the father of Ike Davis, as reported by Adam Rubin in ESPN-NY.

Former Yankee reliever Ron Davis told Rubin that the Mets could have done a better job of trying to trade his son this winter. The elder Davis said:

“I think that’s why the Mets have really screwed up in that situation — because they’ve publicly done it so much, it’s saying to my son, ‘Hey, we don’t want you anymore,'” the ex-Yankee Ron Davis said Tuesday afternoon at a Baseball Assistance Team charity event in Manhattan. “So I think they backed themselves into a corner saying, ‘We want to trade you, but we want ‘X’ amount.’

“Now, with Milwaukee getting [Mark] Reynolds and [Lyle] Overbay and this guy, now they’re backing themselves into a corner. They’re in a situation like, ‘Well, heck, we may have to keep him now.’

“If you would have done it quietly and said, ‘Hey, well people called us’ we didn’t call them,’ then you could have something to say. But when you’ve gone out publicly and said, ‘Hey, we don’t want you here anymore’ basically, he’s learned the game. He’s been in the game four years and playing pro ball for six years. So he understands.

“Like his best friend, Justin Turner, they don’t even tender him a contract. And so it’s like, ‘OK,’ he learned the business quick.”

Hey, I get that Ron Davis is speaking out in defense of his son — he’s never been shy about sharing his feelings going back to the days Ike played college ball at Arizona State. At the same time, Ron Davis is not entirely wrong — the Mets chose to be upfront about their shopping of both Davis and Lucas Duda, and so far, the strategy has backfired. Maybe it was intentional, to drum up interest in “the next Chris Davis,” thinking that a player with a 30-HR season on his resume would be highly coveted.

(Not for nuthin’, but wasn’t it the Omar Minaya-led front office that has been ridiculed for loose lips? Isn’t the Sandy Alderson regime supposed to be so amazingly tight-lipped? Maybe we should check the real stats instead of basing opinions on what we remember — is there a comparison on Fangraphs somewhere?)

Ike’s dad went on to say,

Like I told him, I was released three times, I was traded three times and sold once to Japan. So, who cares? It’s part of the game. I told him, ‘You’re like a piece of hamburger meat, just sitting there at the grocery store. And when you’re first put out there in that wrapper, you look real good — bright and red. And the older you get, you start getting tarnished, a little brownish, and people don’t pick you as much.

Interesting choice of words — it really gets to the meat of the situation. But hey, at least Ike is no chopped liver. Again, Ron’s not entirely wrong — it’s a visual that applies to just about any professional athlete. The only problem with his declaration, however, is that when the Mets put the ground chuck out into the display case, it was already turning a brownish gray. Now, it’s time to slap on that bright orange “manager’s special” sticker. Or, take the meat out of the case, bring it back into the kitchen, make meat loaf, and see if the deli counter can sell it.

By the way, the rest of Adam Rubin’s piece with Ron Davis is fun reading on a wintry day. I recommend you check it out and see more of Ron’s thoughts about how Citi Field, the media, and other outside elements have affected his son’s performance — which, according to Ron, is not nearly as bad as everyone thinks. Hey, he’s a dad, can you blame him?

Item of the Day

Maybe instead of Sandy Koufax, the Mets should bring Betty Crocker into spring training. 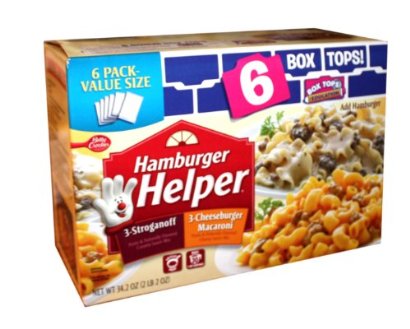