Who is Left for Mets Bullpen?

Scott Rice and Jack Leathersich have been demoted to minor league camp, leaving Dario Alvarez and Sean Gilmartin as the lone lefties in the Mets bullpen. There’s fair argument that neither Alvarez nor Gilmartin will make the Opening Day roster, either. If that’s the case, what southpaw or southpaws will be in the Mets bullpen when the real games begin? 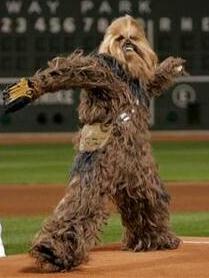 Mets Desperate for a LOOGY

Over the winter, the Mets succeeded in overhauling their bullpen. Whether the change of faces will make a difference remains to be seen, but nearly every reliever on the team this time last year has been replaced.

Every one, that is, except for Pedro Feliciano, the Mets’ lone lefty.

Once piece missing from the overhaul, though, was the acquisition of a second lefty, or Lefthanded One Out Guy (LOOGY), to help out Feliciano. An extra lefty is especially necessary in the NL East, where the Braves and Phillies both send up dangerous lefthanded hitters.

Thus far, the Mets have auditioned Jon Switzer, Ron Villone, Casey Fossum, Valerio De Los Santos, Heriberto Rueles, and Tom Martin. Today they begin the tryout of 40-year-old Japanese hurler Ken Takahashi — presumably as a test for the upcoming weekend series against the lefty-heavy Phils. The Mets are desperate to find a somewhat reliable lefthanded option to team with their incumbent LOOGY.

But there’s a small problem: Pedro Feliciano is a shaky option himself.

Over his career, Feliciano has done a good job of retiring the Phillies’ top LH hitters — Ryan Howard has a .190 AVG against him and Chase Utley has hit .174. Feliciano has also done fairly well against switch-hitters Shane Victorino (.071) and Jimmy Rollins (.278). But, the rest of the current Phillies who have faced him before are hitting .500.

That’s not a huge deal, though, since there are a lot of “1-for-2s” there. A larger sample size may change those numbers drastically for the better.

Thus far this year, Feliciano is doing pretty well, with 10 Ks in 7 innings, and holding opposing batters to a .222 batting average (lefties: .176, righties: .300). He had a similarly strong start last year, posting a 0.97 ERA and 9 Ks in 9 IP in April. After that, though, his performance was inconsistent.

So while some believe the Mets need a secondary lefty for the bullpen, the reality may be that they need a primary lefty.