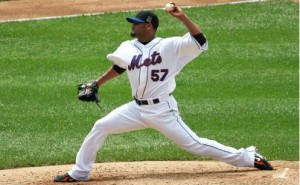 Back Why Johan Santana’s Arm is at Risk

Joe Janish began MetsToday in 2005 to provide the unique perspective of a high-level player and coach -- he earned NCAA D-1 All-American honors as a catcher and coached several players who went on to play pro ball. As a result his posts often include mechanical evaluations, scout-like analysis, and opinions that go beyond the numbers. Follow Joe's baseball tips on Twitter at @onbaseball and at the On Baseball Google Plus page.
1 Comment