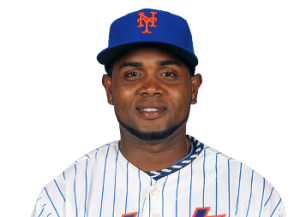 As most expected, Jose Reyes left Flushing. He signed a 6-year, $106M deal with the Miami Miracle Marlins.

Guess what? Fred Wilpon was right: Reyes didn’t get “Carl Crawford money”. Good for Fred; I bet he’s laughing his way all the way to the bank soup line.

According to various reports, the Mets

It was one of the most exhilarating and exciting comebacks of the year for the 2011 Mets.

And then it wasn’t.

In many ways, it was the defining moment of the season — for both the team and for Mets fans.

NOTE: This is a post by new MetsToday contributor Dan Capwell. Please direct your comments to him. -Joe

The last time the Mets traded an overpriced closer to a contending team for 2 PTBNL, they ended up getting Chris Carter and Eddie Lora from Boston for Billy Wagner. That deal failed on several levels, which is another blog post in itself. Suffice to say however that the K-Rod to Milwaukee deal stirred those memories and evoked thoughts of “here we go again” among many of the Met faithful.

Then Sandy Alderson ended an interview the WFAN’s Joe and Evan with a cryptic comment that one of the two PTBNLs had already been successful at the major league level but was currently back in Milwaukee’s farm system. So, who might this player be? Well, a quick glance at the roster of the Nashville Sounds (The Brewer’s AAA team) provides several names that might fit the description: