A battle of aces - and initials - is scheduled for Sunday night.

Mets closer Frank Francisco added extra fuel to the fire by referring to the Yankees as “chickens.”

The Best Closers in Mets History 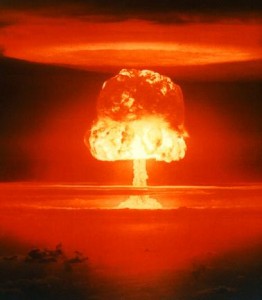 The Chernobyl-style pitching of Mets closer Frank Francisco over the weekend had fans clamoring for the old days, when K-Rod, Billy Wagner, and John Franco used to waltz in from the bullpen and close out games with ease.

OK, maybe it didn’t happen exactly that way – every Mets closer has had his share of meltdowns, or just plain blown saves.  In fact, with closers, the tendency as a fan is to remember the heartbreaks and forget all the times they nailed down a victory.  Have the Mets ever had a closer that made us sit back, relax, and pencil in another W long before the third out of the 9th was recorded?  Has anyone?  Even Mariano Rivera blows saves (see: 2001 World Series).

So, instead of dwelling on bad closers, let’s take a look at some of the good closers the Mets have had throughout the years.

Below is a list of the 5 best closers in Mets history.  But first, a brief history of Mets closers.

The save became an official statistic in 1969, but research into the past has estimated saves for pitchers long before then.

In 1962, the Mets saves leader was Roger Craig, who had a grand total of 4.  Of course, he also led the team in losses with 24, pitching as both a starter and reliever.

The first Mets to record double-digit saves were righties Ron Taylor and Cal Koonce in 1968.  The role of late-inning “ace relievers” was gaining importance, and the Mets started to have more games to save, thanks to youngsters like Tom Seaver and Jerry Koosman. 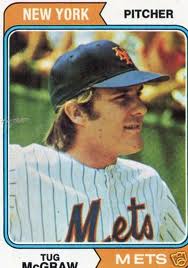 Taylor became part of a righty-lefty tandem with Tug McGraw in the late-sixties and early seventies until he was replaced by Danny Frisella.  It didn’t take long for McGraw to seize the job permanently, and the first Mets closer, in the modern sense, was born.  Since then, the Mets closer role has evolved with that of the rest of the game.  By the 1990s, the role went from a multi-inning job to a 9th inning job.

So without further ado, here are the top 5 Mets closers (very much open for debate in the comments section):

5. Armando Benitez – Benitez is best known for blowing some key saves, including Game 1 of the 2000 World Series against the Yankees (he gave up no more runs in two more appearances).  He also had a knack for blowing big saves during the regular season.  But Benitez racked up 160 saves in 5 years for the Mets.  In that time, he had a 2.70 ERA and struck out 456 batters in 347 innings.

4. Roger McDowell – McDowell was the rubber-armed half of the righty-lefty tandem that ruled the back end of the Mets bullpen in the mid-80s.  He went 14-9 in the championship year of 1986 with 22 saves.  Often used for multi-inning outings, he pitched a remarkable 128 innings in 75 games that year, and 5 scoreless innings in Game 6 of the 1986 NLCS.  Overall, he had 84 saves in 5 years with the Mets.  The most notable blemish on his record was a home run he surrendered to the Cardinals’ Terry Pendleton down the stretch in 1987.

3. Jesse Orosco –The other half of the mid-80s relief duo.  Orosco came up big in pressure situations in the playoffs, including the exhausting final 3 innings of Game 6 of the 1986 NLCS.   After coming over in the Jerry Koosman deal, he got a cup of coffee in 1979.  In 1983, he took over the lion’s share of closing duties from Neil Allen, who was part of a trade for Keith Hernandez at the deadline that year.  He finished his Mets career with 107 saves and a 2.73 ERA.  He was replaced by the hard-throwing lefty, Randy Myers, in 1988.  Orosco went on to pitch for various teams until 2003 – when he retired at 46 years old.

2. Tug McGraw – The left-handed screwballer began his major league career as a starter.  Yeah, that didn’t work out so well.  But he found his niche in the bullpen just in time for the miracle run of 1969.  Similar to Orosco and McDowell, he teamed up with Ron Taylor to form a formidable lefty-righty punch.  Tug pitched 3 games between the 1969 and 1973 playoffs, picking up 2 saves.  In the ’73 World Series, McGraw blew the save in Game 2, only to pitch three shutout innings to earn the win in extra frames.  When he displayed shoulder problems in 1974, the Mets traded him to Philadelphia for, among others, C John Stearns.  McGraw went on to have a successful career with the Phillies, helping them win the 1980 World Series.  He finished his Mets career with 85 saves.

1. John Franco – The Mets acquired Franco in a deal that sent Myers to the Cincinnati Reds before the 1990 season.  He went on to solidify the closer role for ten years, until passing the torch to Benitez in 1999.  Franco was steady, if unspectacular.  You knew what you would get: a sinking fastball and a changeup that had screwball action.  Every hitter knew it was coming, yet no one could lay off it.  His signature moment came in Game 2 of the the 2000 NLDS.  He came in to relieve Benitez and face Barry Bonds with ducks on the pond.  The Mets held a one-run lead in the bottom of the tenth.   With a 3-2 count, Franco threw a changeup that nicked the inside corner to end the game, and swing the momentum back to the Mets.  He is the Mets’ all-time leader in saves (276), and is to be inducted into the team’s hall of fame on June 3rd. 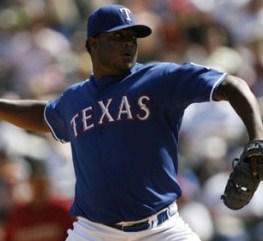