According to Brittany Ghiroli, the Cleveland Indians have signed Mark Reynolds to a one-year contract.

In other news, the Dodgers signed another pitcher — Korean lefthander Hyun-Jin Ryu (or is it Ryu Hyun-jin? I’m not sure). The 25-year-old (he’ll be 26 by Opening Day) is inked for 6 years, $36M. According to reports, he throws a fastball in the low 90s and uses his change-up as his out pitch. I guess that makes him the lefthanded Mario Soto.

Gee, I wonder if this signing means the Mets have a shot at reacquiring Chris Capuano?

The $36M is on top of the $27.5M posting fee that the Dodgers paid for the rights to negotiate with Ryu.

By the way, the Dodgers’ payroll for 2013 will be at least $225M — a new MLB record. LA ownership obviously has deeper pockets than we’ve ever seen before, and laughs in the face of Bud Selig’s “competitive balance” tax. In case you weren’t aware, any MLB team whose payroll is in excess of $178M by the end of the 2013 season is subject to a 17% tax. Assuming the Dodgers are around $225M, they’ll have to put about $38M into the kitty. It seems they don’t care; perhaps they see it as the cost of doing business. I wonder, is the ghost of George Steinbrenner among their board of directors? 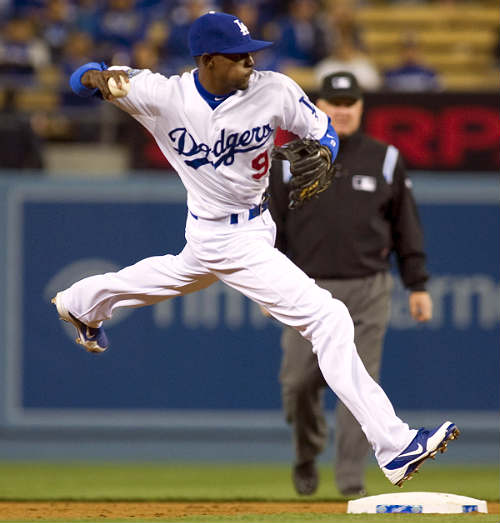 The Mets fall below .500 for the first time all year.

In a rare role reversal, the Mets starter shat the bed and the bullpen gave the team a chance to win. It was like watching Seinfeld’s Bizarro Jerry episode.

As Meatloaf might have said, three out of four ain’t bad.