Carter’s Harley on Auction for Charity 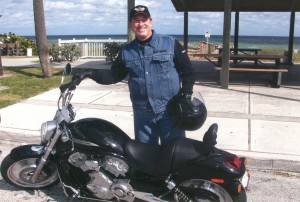 Gary Carter’s Harley is to be put up for auction to benefit the Autism Project of Palm Beach County.  Here are the details:

The Harley Davidson motorcycle owned by the Mets late, great Hall of Fame catcher Gary Carter will go on the auction block to benefit charity on the Steiner Sports ”Perfect 25th Anniversary Auction,” it was announced today. 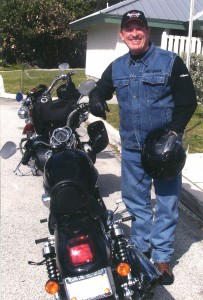 Carter’s widow Sandy had donated the sleek, black bike to the Autism Project of Palm Beach County (APPBC), which will receive all the proceeds.
The charity’s mission is to raise money to support two specialized charter schools in Palm Beach County.  C.J., the Carters’ grandson, attends Renaissance Learning Center, one of the charter schools. (RLC) serves children who are on the Autism Spectrum ages 3 to 14 years old.  Twelve years ago RLC had only five students enrolled, today enrollment has grown to 102 with a waiting list.
The 2004 V-Rod “100th Anniversary” model HD has 3,250 miles on its odometer, and is in pristine condition. Personally-owned accessories worn by Gary and Sandy will also be a part of this unique auction package, including leather jackets with “Kid” and “Sandy” embroidered inside, as well as helmets, boots, and gloves. The reserve has yet to be determined.
The bike was a gift to Carter from the New York Mets organization upon his induction into the Baseball Hall of Fame.
For photographs of the 100 Anniversary VRod by Harley Davidson. http://www.hogs4sale.com/Inventory_V_Rod.htm

Back What Would You Trade for Justin Upton?
Next What It Will Take To Acquire Justin Upton – And Why the Mets Should Do It