If not for R.A. Dickey, Angel Pagan would be the Mets’ runaway team MVP.

Miraculously, Gary Matthews Jr. and not Angel Pagan was the 2010 Opening Day centerfielder. Think about that for a moment. Now that you’ve thought about it, was it any surprise that the previous management regime is history?

After looking like a bonafide starting MLB centerfielder through 88 games in 2009, there was some question as to whether Pagan was the real deal. Well, he kept up the pace and then some in 2010, leading the team in hits (168), batting average (.290), and stolen bases (37), while finishing second or third in nearly every other offensive category. Additionally, he played stellar if unspectacular defense in centerfield until Carlos Beltran returned, then played stellar and occasionally spectacular defense in right field.

Without Pagan, the Mets might have struggled to stay ahead of the Nationals and out of the NL East basement.

It would seem that Pagan has proven he can be a solid, occasionally exciting, MLB centerfielder. However, Carlos Beltran is likely to return to centerfield if he is not traded during the winter. If indeed Beltran is still a Met come April, and does not move from center, it is assumed that Pagan will be penciled in as the starter in one of the corners. Alternatively, Sandy Alderson could make the very shrewd move of trading Pagan while his stock is high, gambling that the soon-to-be 30-year-old (in July 2011) has peaked. Considering that much of Pagan’s game is reliant on his wheels, and he has had an injury-plagued career, it wouldn’t be the worst idea in the world to trade him now for the right package of young talent. Personally, I hope he sticks around, as his game is tailored to Citi Field and I thoroughly enjoy watching him play.

Read the 2009 evaluation of Angel Pagan

Mets Get a D for Terry Collins

Jon Heyman of SI.com recently posted a “report card” of the managerial hirings this winter. In the article, he gave the Mets a “D+” for the hiring of Terry Collins, rating it #10 of 10 hirings — in other words, dead last.

If you have been reading MetsToday for at least a month, you know that Terry Collins was not my favorite choice. Despite that, I can’t put much stock into Heyman’s report card. 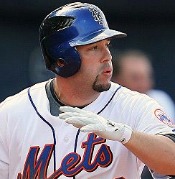 How do we evaluate a player who had only 37 plate appearances at the Major League level? A difficult, if not impossible task.

Evans fought his way back to the bigs after a terrible slump that pushed him down to AA in 2009. He began the ’10 season in AA as well, smacking 17 HRs in 88 games before a late-season promotion to AAA. He continued to swing the bat well for Buffalo, finishing with a .314 AVG / .384 OBP / .557 SLG in 157 plate appearances. He was part of the MLB expanded roster in September and hit .306 while used primarily as a pinch-hitter.

What Evans showed us in 2010 was similar to what we saw of him in 2008 — a long swing that showed potential power but also a vulnerability to swinging and missing, adequate defense, and slow baserunning. Though his minor league numbers have historically suggested that he has a patient approach and good strike zone discipline, but he has yet to show either at the MLB level — probably because he hasn’t been given enough regular duty; pinch-hitters are generally expected to be aggressive. Evans may also have changed his approach in MLB due to confidence issues, and/or a need to prove his ability. Whatever the case, it would be interesting to see what Evans might accomplish if given an extended opportunity.

Evans turns 25 in January, and has shown signs of improvement as a minor leaguer. He should be given every opportunity to win a job on the big club as a utilityman / pinch-hitter. Personally I’d love to see what might happen with a platoon of Evans and Chris Carter in LF but that’s unlikely to happen unless something drastic changes with the current outfield situation.

One thing that I continue to wonder about is whatever happened to Evans’ attempt at catching? He can already handle the outfield and infield corners, and adding catching to his resume would seem to be a no-brainer — both for the Mets and Evans — if he can handle it even in an emergency situation. If anyone has any info on the subject, please post in the comments.

A few weeks ago, Sandy Alderson said the Mets will seek a veteran backstop, as he is not convinced that Josh Thole can be an everyday catcher:

“We’re looking for more catching,” Alderson said. “I think it would be a little bit premature if I were to make a judgment on Thole without ever actually having seen him play.”

Since then, though, manager Terry Collins announced that Thole would be the team’s #1 catcher in 2011.

Now I’m really confused; isn’t Collins supposed to be taking orders from above, and executing the plan set forth by Alderson?

Regardless of whether Thole is the starter, the Mets will need a second backstop — and presumably are in the market for a veteran. Even with Mike Nickeas and Omir Santos around, the Mets need some depth.

However, the free-agent pickings are slim; there are a total of 14 MLB catchers currently available. Let’s have a look at them.

Mets Could Get Beato Back 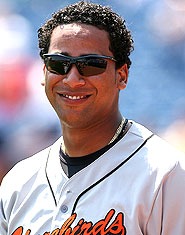 Back in 2005, the Mets spent their 17th-round pick on Pedro Beato, a tall and gangly pitcher out of Xaverian HS in Brooklyn, NY. It was a “draft-and-follow” choice, meaning the Mets retained the rights to sign him until one week before the next year’s draft.

As it turned out, Beato held out for a million-dollar deal, while MLB “recommended” that the Mets not offer him more than $800K. The Mets’ decision to take that recommendation and hold firm resulted in Beato not signing with the Mets and returning to the draft in 2006 — where the Baltimore Orioles made him the 32nd overall pick and signed him to the $1M he originally sought from the Mets.

This turn of events was randomly criticized by pundits of both the Mets and the Orioles; the Mets for adhering to the “slotting” recommendations of MLB, and the O’s for choosing Beato so high. Mets fans were frustrated with their team for listening to MLB and “cheaping out”, and perhaps also for denying destiny: Beato was a New York native born on October 27, 1986 — the day the Mets won their last World Series Championship.

As it turned out, MLB was probably right — Beato has yet to evolve into a pitcher worth a $1M bonus. Though, he has been steadily improving over the past five years. Originally considered a top prospect with the potential to someday become an ace starter, he has since settled into a relief role — which is usually the death knell for a minor league pitcher. However, Beato had a strong year in AA last year, saving 16 games and posting a 2.11 ERA and 1.14 WHIP in 43 appearances, striking out 50, walking 19, and allowing 4 HRs in 59 IP. A stringbean in his youth, Beato has filled out his 6’6″ frame with 240 pounds and relies on a hard low-90s sinker, mid-90s four-seamer, and a hard-breaking 12-6 curve.

Because the Orioles are stacked with more promising pitching prospects, Beato was left off their 40-man roster and is eligible for the Rule 5 Draft that takes place at the end of the Winter Meetings in December. Beato was also available as a Rule 5 pick last year, but was coming off a poor season as a starter. 2010 was his first full year in the bullpen, and his numbers suggest that he may have found his niche.

Considering that the Mets are looking toward 2012 and beyond, it might make sense to use a Rule 5 pick on a potential middle reliever / possible setup man or closer such as Beato, who just turned 24 in October and may still have room for improvement. He already has good velocity and movement on his fastball and a plus curve; if he can concentrate on those two pitches rather than dabbling on 5 or 6 — something he’s done since high school — he could develop into a solid setup man one day.

Even if the Mets don’t pick Beato, I assume they will do their best to make the most of the Rule 5 Draft — it is an efficient vehicle for stocking up on talent that may not be ready today, but could be useful in the near future, for a team that has the room to carry not-ready-for-prime-time talent. Since the Mets are more or less unconcerned with making the 2011 playoffs, they have the room and the risk to gamble on players like Beato. 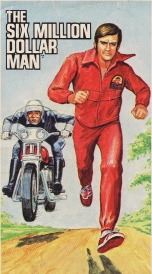