Mike Francesa: Stop While You’re Ahead

For most of Monday afternoon, Mike Francesa had well-placed criticism for the New York Mets. However, he was way off the mark in his analysis of David Wright vs. Carlos Beltran.

Francesa had this to say about Wright, who he sees as a guy who is “not clutch” and who cannot take the Mets to the playoffs:

Why Jerry Shouldn’t Come Back

Jerry Manuel is going to get a contract, and going to manage the Mets next season. Why, I’m not sure, though 99% of those who follow the Mets seem to think he’s some kind of a rainmaker. That said, I’ll speak for that one percent who did not drink the Kool-Aid, and who are seeing clearly.

He’s a Nice Guy
This is the reason Manuel is coming back — because he is a genuinely nice guy, and

Mets COO Jeff Wilpon believes the Mets were OVERachievers this year, if you can believe that. See this quote from ESPN:

In other words, Jeff Wilpon

A loyal Mets fan emailed me with the question,

I’m wondering if the Wilpons are part Aztec–we’ve had our collective hearts ripped out of our chests two years running . . . 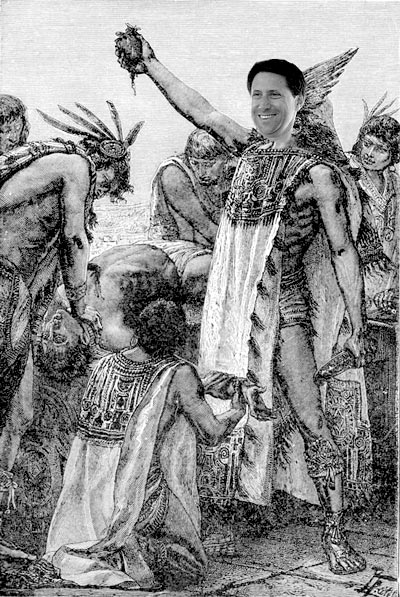 Congratulations to Mets BM Omar Minaya, who is a favorite to win Fortune Magazine’s coveted “Brand Manager of the Year: Sports Industry”.

Some fitting quotes after game 162 from Minaya:

“… I believe we got four million fans …”

“… our brand is good, our ratings are good, and we are going go out and to continue to give our fans the best product we can, every day.”

Bottom Line … Product …. Brand … Investment … Ratings … THIS is the language of an executive truly committed to profitability!

In both cases, the Mets finished in second place and just barely missing the wild card.

Yes, the 2007 “collapse” was more dramatic, but 2008 is just as disappointing, and just as unacceptable. The only reason it won’t be measured similarly is because it wasn’t as bad as the previous year.

Let me put it this way: if 2007 never happened, this September would be judged much more harshly than it has been. The horrific decline of 2007 made this year’s disaster seem not so bad. As a result, the GM gets a 4-year extension, the manager likely gets a new contract, and a complete housecleaning in the organization is hardly a consideration.

What’s the goal next year? To be in first place by only one game on September 12, 2009, then blow it by the last game of the year? Perhaps every year the “collapse” will be less and less dramatic.

Other than transferring to Citi Field, it’s hard to figure which way this organization is going

Too little, too late.

Oliver Perez pitched well, but was no Johan Santana. Carlos Beltran was clutch, but was no Ryan Howard. David Wright, Carlos Delgado, Ryan Church, and Jose Reyes combined for two hits in 16 at-bats. Those two and the two by Beltran represented the complete output of the Mets offense for the day.

As a result, the Florida Marlins eliminated the New York Mets from playoff competition in the last game of the season for the second straight year.

To add insult to injury, the most crushing loss of 2008 was a prelude to the “celebration” of Shea Stadium’s closing. What a weird way to say goodbye.

Endy Chavez made a spectacular snare of a line drive in the seventh to save a run — possibly the second-best catch of his career. Endy is destined to make great catches in losing ballgames.

The Mets open the 2009 season in Cincinnati on April 6th. We’ll have plenty to discuss here between now and then.

One Game Makes a Season

My good friend and MetsToday reader Dennis — who has been watching the Mets at Shea since the 1960s — made a fitting comment back in June about today’s Mets fan (and the media coverage), in contrast to the “old days”:

In other words, we as Mets fans treat nearly every single game as if it were an entire season — we are ecstatic after every win, crushed after every loss. Further, we analyze nearly every pitch of the game with a sharp, critical eye — then blog about it for the next 24 hours — because we react as though the success of the entire 162-season depends on that one contest.

How many of us were “on the ledge” when the Mets began the season 2-4, mired in last place, after the initial six contests? How many of us wrote off the season in mid-June, both prior to and after Willie Randolph’s dismissal?

Ironically, today Dennis’ description rings only too true: the Mets are playing an entire season in one game — their fate DOES in fact depend on the outcome of one, single game.