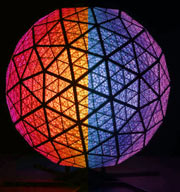 Thanks for visiting MetsToday during 2009. I wish you a safe and enjoyable New Year’s Eve celebration.

For those of you partaking in adult beverages this evening, please do not drive, as I would like to read your comments here in 2010 (and beyond). 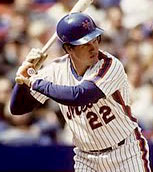 Indeed, Jason Bay today is not far from Kevin McReynolds circa ’87. There are some obvious differences — namely, that McReynolds was

In an article on Boston.com, Globe journalist Nick Cafardo wrote under the heading “Apropos of Nothing”:

Seems like David Wright is no longer a great fit for the Mets (because of Citi Field), but he would be for the Red Sox (because of Fenway)

With the Red Sox still looking for a third baseman to replace Mike Lowell, and the Mets in need of pitching (where the Bosox have depth), is there a possibility that Wright could be moved to Boston? 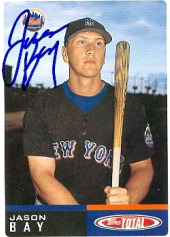 It’s not official, but according to Mike Francesa, Jason Bay will sign with the Mets.

Was it just a coincidence that Francesa’s announcement came a day after MetsToday pulled the Mets offer off the table?

Perhaps Omar Minaya will send a thank-you note for saving him a year and another $16M or so.

In case you missed it, Mike Francesa announced on his Monday radio show that he would, on Tuesday (today), be delivering news of a “major update” regarding the New York Mets.

Here are my top ten guesses at what that “major update” will be:

DeRosa, Guardado Off the Table

According to several reports, superutilityman Mark DeRosa has agreed to a two-year, $12M contract with the San Francisco Giants. Seems like a lot for a 35-year-old coming off wrist surgery, doesn’t it?

Additionally, those pesty Washington Nationals have made another acquisition, signing veteran lefty reliever Eddie Guardado to a one-year, minor-league contract. “Steady” Eddie appeared in 48 games for the Rangers last season, posting a 4.46 ERA and 1.41 WHIP. The 39-year-old has spent most of his career in the AL. No word on the terms, only that it is a minor league, non-guaranteed deal. That said, a good move by the Nats to add a possible LOOGY without much risk.

The suddenly shrewd Nats also signed former Phillies utilityman Eric Bruntlett to a minor league contract. Again, not a bad deal, in that they get a versatile bench man on a non-guaranteed deal. He’s no Alex Cora but he’s not nearly as expensive, either.

Out on the Left Coast, the Mariners have signed catcher Josh Bard and reliever Chad Cordero to minor league contracts. I’ve always liked Bard for his switch-hitting ability, good discipline at the plate, occasional pop, excellent defense, and good reputation for handling pitchers. But, he’s not friendly with Johan Santana so Henry Blanco was a better choice on a guaranteed deal. Cordero is still recovering from shoulder surgery on his labrum — he hasn’t pitched in MLB since 2008, and threw only 14 minor-league innings last season. Ironically, the Mets latest signee Kelvim Escobar is coming back from similar surgery, and threw 15 minor-league innings last season (as well as another 5 in MLB before being shut down for the year).

A healthy reliever — Bob Howry — has been signed to a one-year deal by the Arizona Diamondbacks. Terms were not disclosed, but most are guessing it is in the $2M – $3M range. Howry appeared in 63 games, posting a 3.34 ERA and a 1.14 WHIP. Luckily the Mets aren’t in need of relief help, having already filled the ‘pen with Escobar and Ryota Igarashi.

NY Sports Day reported this from the “21 Days of Clemente”, where Omar Minaya was a special guest:

Though it wasn’t an official press event, and there is still time for the Mets to upgrade their rotation, seeing that in print is something of a splash of cold water in the face.

Think about it: the Mets’ starting rotation currently consists of four pitchers coming off injuries and/or surgery. One of their backup plans — Fernando Nieve — is also recovering from a major injury and surgery.

This may not seem like a big deal until you look back to the past few years, and remember the pitchers coming off injury that the Mets counted on. For example: Duaner Sanchez, John Maine, Orlando Hernandez, Scott Schoeneweis, Dave Williams, and Pedro Martinez. In fact, the only pitcher that comes to mind who had “minor surgery” and pitched effectively the next season was Aaron Heilman (elbow scoped after the 2006 season). Not a good history, and history is supposed to shed light on the future.

Keeping a rotation intact through an MLB season is enough of a crapshoot when you begin with relatively healthy arms, but in the Mets case, they’re counting on 4 or 5 men to a) come back from surgery on schedule; b) come back at 100%; c) return to their form prior to the injury; d) avoid any setbacks; and e) keep their stamina through a 162-game schedule.

Anyone else have doubts? 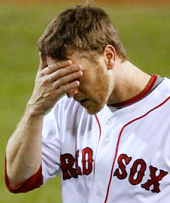