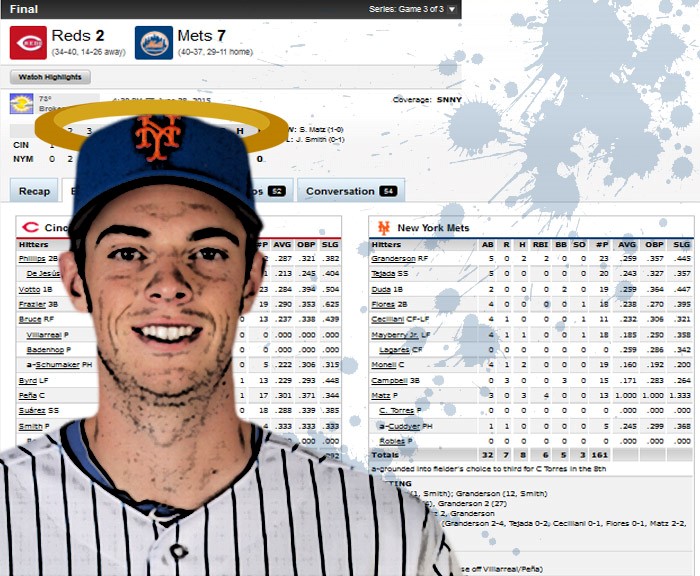 Mets’ fans do deserve days like this. I’ll get to his hitting exploits later, but we need to start with Steven Matz’s pitching, which is why we all tuned in. This was the first time I’d seen the guy pitch.

Who said the Mets couldn’t beat a bad baseball team? Never mind it took three tries — they CAN.

Further, they can not only score with a lineup featuring Ruben Tejada in the two-hole, they can score TWICE.

I don’t have any game notes as I was working at my real job. Please post your notes in the comments. Thank you.

By the way, I blinked and the Washington Nationals are seven games over .500. When and how did that happen? Interestingly enough, the Nats’ sudden surge was completely independent of the Mets’ recent 7-game slide. Meaning, one had nothing to do with the other. And yet, the two streaks are intrinsically intertwined. Kind of cool, huh?

It’s official: the Mets offense is so awful, they make bad pitchers look good. And the Mets are now under .500, after being as many as ten games above it at one point in the season. 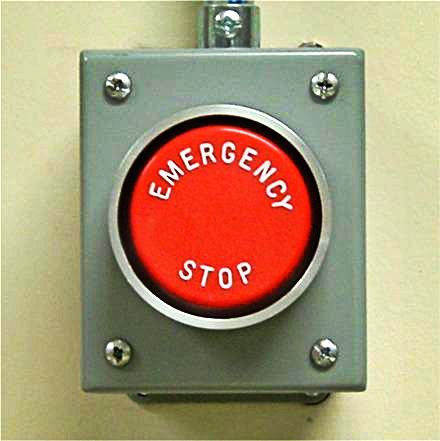 Forgive me for taking a while to realize it — in my old age, I’m not as quick as I once was. After reading Terry Collins‘ post-game comments, it became plain as day: Collins is blaming Sandy Alderson for the Mets’ recent woes.

Hope you had a nice Father’s Day, Jeff. How’s dad? I know it’s hard to think that there are more Father’s Days behind him than in front of him, so cherish each one. I’m frequently sorry that my Dad passed away before my son was born. They would have really liked each other.

Good of you to be running the family business as dad ages. This way he gets to keep his status and has a place for his memories. Considering that you were the guy who introduced him to “Uncle Bernie,” it’s probably the least you could do. Well, you could sell the whole thing, but I am trying to stay realistic here.

Speaking of smooth talkers who have flim-flammed you and dad, I’d like to bring your attention to one currently in your employ who has been taking you and your team for a ride for almost five years now.

You already know what this post is about, so let’s get right to it: the Mets defense is horrific. Absolutely horrific. After the weekend sweep to Atlanta this issue has now been presented clearer than ever.