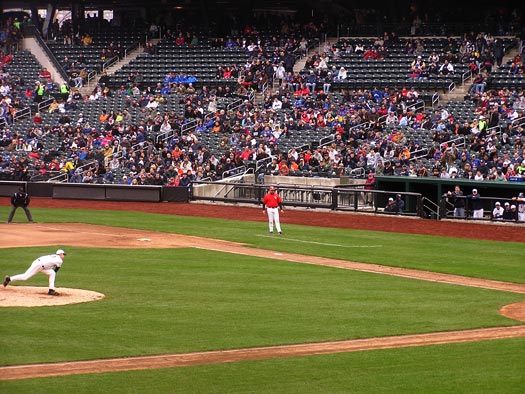 Following up with the previous post, which mentions the smaller foul area around the park, check out the distance between first base and the photographers pit.

Below is a closeup. 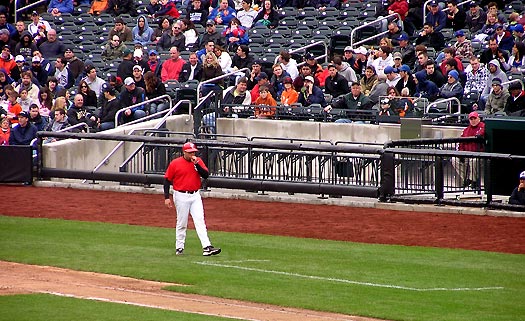 This is a really minor thing, and neither a negative nor a positive detail, but it’s something that caught my attention. Mostly what I’m wondering is how many times will Carlos Delgado be stampeding into photo lenses and TV cameras chasing after popups. The wall in front of the pit and bordering the fans is a fairly short height, which means a player could both reach over but also get upended. It may take some getting used to.