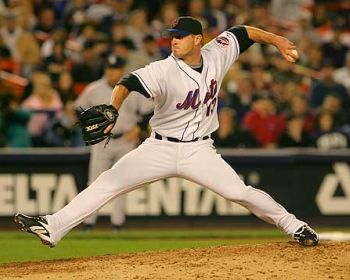 1. He’s as humble as pie, as most good southern boys are.

2. He says what’s on his mind, as most good southern boys do.

3. He gives credit where credit is due. For example, last night, when asked about Pedro Feliciano, Wagner stated, “If we don’t have Feliciano in that situation, we probably don’t win the game. He’s the best pitcher in our bullpen by far. He’s the one who gets the toughest situations of anybody, and he gets the job done.” How can you NOT like Billy Wagner after that?

4. He’ll take the heat and responsibility when he fails.

Back Mets Game 74: Win Over Cardinals
Next Vargas for Stairs? – Mailbag