Will Fans Give Collins or Melvin Time To Win?

If the people voicing their opinion on the internets (via polls, blogs, blog comments, twitter, facebook, etc.) are any indication, then the majority of Mets fans would like to see Wally Backman installed as manager of the New York Mets in 2011. It would seem that the fans’ second choice is Chip Hale — again, this based on an unreliable, cursory review of the interweb digital super highway.

However there seems to be a universal backlash against the possibility of either Bob Melvin or Terry Collins getting the job.

I had absolutely, positively, nothing to do with this … I didn’t even cast one vote. From MetsBlog: 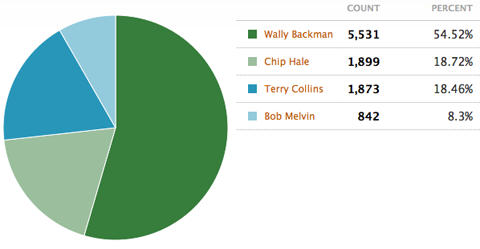 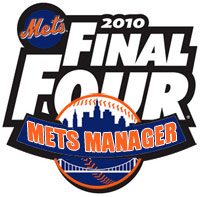 According to Joel Sherman of the New York Post, Terry Collins has emerged as the top candidate for the job of Mets manager in 2011:

Alderson is scheduled to interview Terry Collins this weekend in San Diego and a person who has talked in recent days with Mets officials left those conversations believing Collins is anywhere from “a strong candidate to the front-runner. I think it is possible that all the interviews are just covering bases and they already like Collins the best.”

Collins, 61, has several assets that favor his candidacy, including likely endorsements from powerful voices to Alderson: Fred Wilpon and Paul DePodesta.
Friends of Alderson say they expect him to favor candidates with managerial experience …

Indeed, Collins has experience — he managed for six seasons between 1994 and 1999, split between the Astros and Angels. He has a career 444-434 (.506) winning percentage, and his teams finished 2nd five times out of those six seasons. Clearly, that qualifies as “experience” — nearly 900 MLB games’ worth.

One problem though, is with the “experience” of that sixth season — it was a nightmare of a year in which the Anaheim Angels clubhouse went into complete disarray, ultimately pushing Collins into resignation.