Another Side to Wally Backman 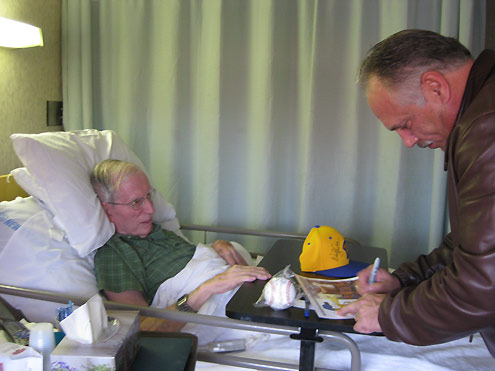 Everyone knows Wally Backman is a bad guy. It’s a known fact. The guy is just bad news.

Here’s a story of a bad guy doing something that you might not expect. And you certainly won’t be reading it anywhere else…

This past weekend – before he became the new manager of the Brooklyn Cyclones, Wally Backman visited the Park Terrace Care Center in Corona – just a stone’s throw from Citi Field. (Ron Darling appeared at Park Terrace last Monday.)

Backman fielded questions from the Center’s residents for over an hour, sharing his thoughts on subjects ranging from his experience as a World Champion in 1986 to his feeble career homerun total to his opinion of Derek Jeter. Before leaving, he posed with each of the 30+ residents who had come downstairs to see him speak.

And according to my sources, Backman wasn’t compensated for the visit. Meanwhile, Alex Rodriguez and several Yankees teammates were charging between $200-$475 for autographs in New Rochelle, NY.

Here are a few more photos secretly snapped by the paparazzi: 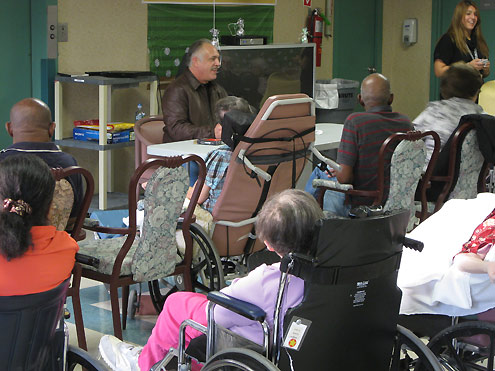 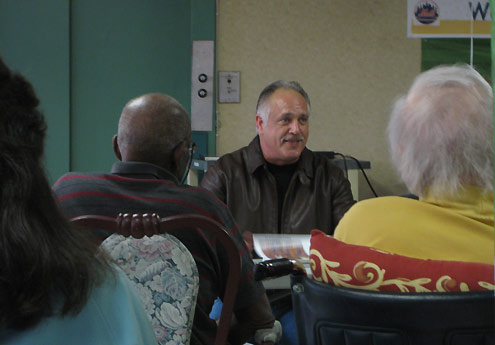 Back Halladay Shopping and More
Next Holliday Posturing