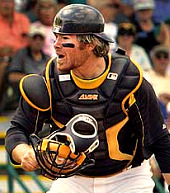 Back Talk Is Cheap
Next Winter Meetings: Day 2 Review