This move will save them roughly $1 million tied to a roster bonus in his contract. It will also open a spot on the team’s 40-man roster.

This was a difficult game to watch, particularly after waiting through almost three hours of a rain delay. There was a point — after four innings — when I thought the Mets had a chance, but after the fifth, it seemed like everyone was just waiting for the game to end.

This was an old-fashioned pitching duel, pitting two savvy starters who kept batters off-balance and pitched to contact. In the end, the Mets prevailed. 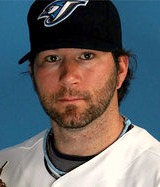