Before the interview process starts, the beat writers and blogosphere are already counting out Wally Backman as a viable candidate for Mets manager in 2011.

1. If Alderson hires Wally Backman, it proves to all of baseball that he is Jeff Wilpon’s puppet. Alderson has to hire someone else to show he’s in charge.

Sandy Alderson May Choose a Former Met to Manage

It’s not yet official but Sandy Alderson as Mets’ GM is as good as a done deal. So next we move on to who will be the next Mets manager?

If you are a loyal reader of MetsToday then you know who my choice is — Wally Backman. But it doesn’t matter who MY choice is, it matters who Sandy Alderson wants. Is Wally on the list?

Yesterday, MetsBlog reported that Wally Backman’s (and Bobby Valentine’s) chances were “dwindling“. Today, the same blog cited a tweet by Mark Healey of Baseball Digest that stated Backman was a “leading candidate“. So what gives? Does Wally have a chance, or doesn’t he?

Being part of SNY, Matt Cerrone has access to fairly reliable “inside sources”, and yesterday’s post supports the same thing that Jon Heyman has been hearing. Adam Rubin of ESPN-NY is hearing the same thing. Heyman also has a strong argument in this tweet:

will be shocked if alderson hires wally back as manager. will show right away he isnt running things, and i dont see him doing that.

The notion behind this is that Wally Backman is Jeff Wilpon’s choice, and therefore, in order for Alderson to make it clear that he isn’t Jeff’s puppet, he has to hire someone other than Wally.

Now, if that’s actually the main reason behind not hiring someone, does it make any sense? What if Wally is actually the best man for the job?

The interesting thing about this latest drama is that MetsBlog linked to the wrong tweet by Baseball Digest — there is another one posted earlier that is likely to be more accurate:

I think #Mets will be going outside the organizaton for MGR candidates, think Hurdle and McEwing could get interviews

Hurdle is a former Met, has 8 years of MLB experience as a manager, is a God-fearing family man, once won a pennant, and has the reputation as a company man who does as he’s told. In other words, a dream choice for both Alderson and the Wilpons. (Never mind that he has a career losing record of 534-625; Alderson and the statheads know that the manager has no effect on a team’s winning or losing — so get on board with it.) In other words, he’d be “Art Howe Redux”.

McEwing is also a former Met — and a huge fan favorite at that. “Super Joe” was loved for his grit, hustle, determination, scrappy play, and team-first attitude — all the things that Mets fans have been craving. Additionally, he was named the “Top Managerial Prospect” in the SAL by Baseball America after leading the Winston-Salem Dash (White Sox A-ball affiliate) to a 73-65 record in 2009. McEwing followed up that with an 81-58 record in 2010, again in A-ball. Sounds like … “Poor Man’s Wally Backman”. As if that’s not enough to qualify him, he’s a local guy, born in PA, played at the County College of Morris. Oh, and David Wright loves him — which pretty much seals the deal, doesn’t it?

Where does that leave Wally? Or what about his ’86 Met teammate Tim Teufel? Or Ken Oberkfell and Chip Hale, for that matter? We’ll soon find out, but if Sandy Alderson wants to make clear that he runs the show, the next Mets manager will come from outside the organization. However, it could still be a former Met.

How do you feel about the prospect of Hurdle or McEwing as managerial candidates?

Meanwhile, SNY’s Ted Berg recently sat down to interview Backman on his success in Brooklyn – the Cyclones just clinched the division for the first time since 2007 – and his managing style:

MLB.com – Marty Noble thinks Wally Backman should be the Mets next manager.

SI.com – Jeff Pearlman thinks the Mets are baseball’s worst franchise and Bobby Valentine should be the next manager.

No more links for today. This is the most important discussion in the Mets-o-sphere for the next 3 months. Both Noble and Pearlman make excellent points and the Mets would be better off with either manager. What do YOU think?

Quote of the Day: Wally on Wally

“I saw my picture in the paper (on Tuesday) and I was just glad it wasn’t a police photo.” 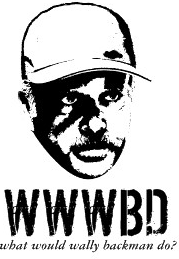 As the Mets continue their early swan dive, Wally Backman continues to win in the New York Penn League. Last night, Backman’s Cyclones beat the Lowell Spinners by a score of 7-2. The Cyclones have won eight of their last ten games and sit 3.5 games ahead of the Staten Island Yankees in first place.

If you’re in Brooklyn tonight, stop by MCU Park for “Jersey? Sure! Night,” which “pays homage” to the Jersey Shore TV show. Should be interesting… Click here for more info. 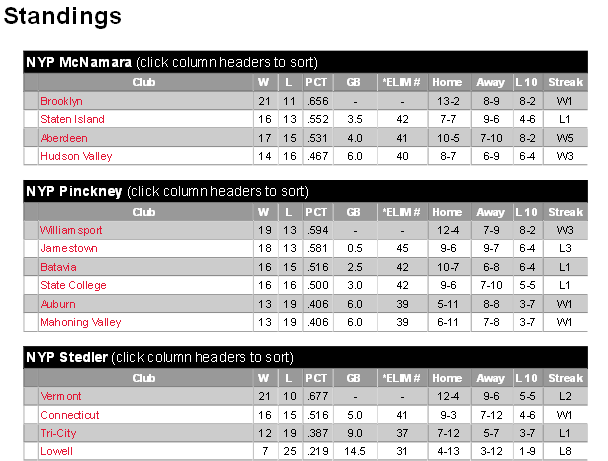 Time for another installment of What Would Wally Backman Do?

The Brooklyn Cyclones routed the Hudson Valley Renegades on Thursday night, by a score of 16-5. Brooklyn improved to 5-2 on the young season, good enough for first place in the New York Penn League’s McNamara Division. The game was highlighted by Brooklyn’s 18-hit offensive barrage and Wally Backman’s first ejection of the season.

Things weren’t looking so good on the night before, when Backman’s Cyclones blew a lead in the seventh inning with shoddy defense to lose Wednesday night’s game. Brooklyn’s bats were just as bad, as the team was held to three hits on the night. It’s interesting to note that Backman actually argued with an umpire following the ejection of centerfielder Darrell Ceciliani and he wasn’t ejected. You read that right – Wally Backman confronted an umpire and wasn’t ejected. You don’t see that everyday… But you can see the video below:

According to Stephen Brown at the Brooklyn Heights Courier, the team’s uninspired play on Wednesday prompted Backman to call a team meeting. The meeting seemed to have helped jumpstart the Cyclones:

“They didn’t swing the bat well yesterday, so I called a meeting. They sure came out swinging today,” Backman said after the game. (YourNabe.com)

Backman doesn’t like losing, but he absolutely hates losing because of fundamental mistakes. His postgame speech probably sounded alot like the video below, which is from 2007:

Fast forward back to Thursday night’s contest. With his team comfortably ahead, en route to a 16-5 victory, Backman argued a home run call and – you guessed it – he was ejected:

Backman showed his intensity — or temper, depending on your perspective — in the ninth, as he was ejected from the game after challenging a questionable two-run dinger that appeared to be foul. His team may have been up by 13 runs, but Backman ripped off his cap and got nose to nose with the umpire, much to the crowd’s delight.