As part of my “all-access pass” yesterday, I was able to speak with Matt Franco — though informally and briefly. He was constantly smiling and genuinely happy to be in Citi Field and connecting with the fans. Just about every fan mentioned “the hit” against Mariano Rivera that beat the Yankees in that Subway Series game on July 10, 1999 — and Matt seemed to get more of a kick out of rekindling the memory with each person mentioning it.

While Matt was discussing it with a fan, I mentioned to Kerel Cooper that I, too, remember it well because at the time I was surrounded by Yankees fans. Matt overheard me and said “that is awesome, man! I love it!” while bursting out a smile. He went on to describe the entire at-bat, admitting that he was as surprised as everyone else when the home plate umpire called the pitch previous to his winning hit a ball (those who remember know it appeared to be strike three). “It was Mariano, man,” Matt said, “and Mo ALWAYS gets that call. Who the heck am I? Matt Franco doesn’t get that call, but I did, though I’m not sure how,” he laughed, “and then I got the hit and we won.”

It’s strange, but for whatever reason, I remember that moment as vividly as I do the Mookie Wilson at-bat of Game Six in the ’86 World Series, and as vividly as I remember where I was the day Ronald Reagan was shot and 9/11. For me, the Franco hit came immediately after a golf outing with a bunch of my friends — all but my best friend Tim and me were Yankees fans — and we were all standing in the clubhouse in front of this big-screen TV, screaming at it with every pitch. My heart skipped a beat when Mo’s 0-2 pitch grazed the corner — then was called a ball. The Yankee fans booed and cursed. When Franco rapped the 1-2 pitch for a 2-run single to win the game, my friends the Yankee fans lost their minds and screamed “fix! it was fixed!”. At that point in my young life, it was one of my top-10 happiest moments. 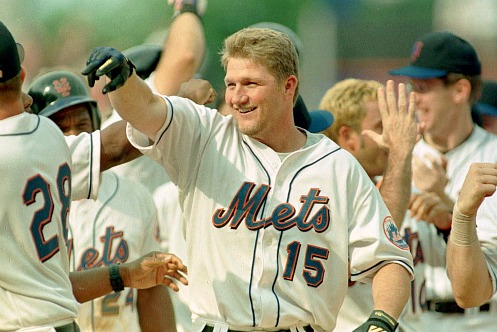 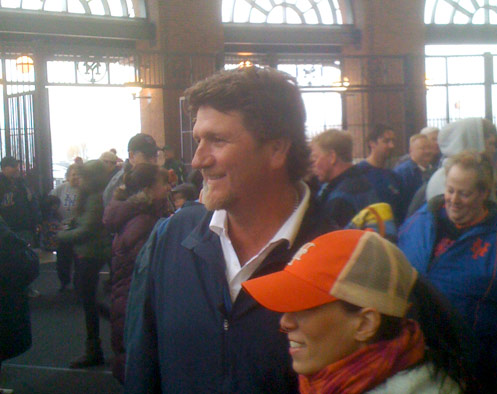 Back Mets Game 11: Loss to Rockies
Next Jerry Grote Speaks About Catching