Boyer In, Acosta Out, Bay To DL?

Contrary to reports from last night, Manny Acosta will NOT make the Mets’ Opening Day roster — he has been designated for assignment — and Blaine Boyer WILL be the final piece to the bullpen puzzle.

Personally, I agree with Matt Himelfarb, in that there isn’t all that much difference between Acosta and Boyer. Though, Boyer is “new” and “different” so maybe that makes him better in our minds.

To me, Acosta was similar to Jorge Sosa: someone who could throw really hard and get swings and misses, be effective for a short term, but inevitably get pounded and give up the long ball because he throws one speed and tends to get too much of the plate at too high a location. Acosta could change leagues and look awesome for a month, but eventually go back to being the guy he is — but because he looked lights out for a little while, the team might kid itself into believing he can do it again, and thus be continually put into situations to fail.

In other news, Adam Rubin is reporting that Jason Bay is injured and could be headed for the DL. Before you say “hooray, Nick Evans makes the team!”, you must understand that because Evans is already on waivers, he can’t be added to the 25-man roster. Thus, Lucas Duda (who has options remaining) is likely to make the team instead.

Is it me or does this roster mismanagement remind you of a previous regime?

Also, as Matt Cerrone points out,

… this could mean that, on days when Carlos Beltran gets a day off, the outfield will be Duda, Angel Pagan and Willie Harris. What just happened?

Though, Andy McCullough reports (via Twitter) that there’s a possibility Evans clears waivers this afternoon, in which case he could be added back to the roster to take Bay’s place.

Is your head spinning yet? 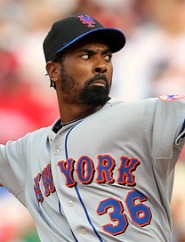 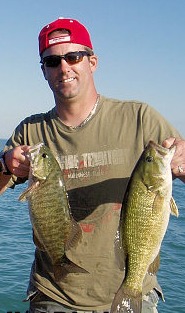 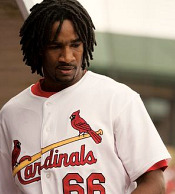 Jake Peavy is going to the Atlanta Braves, if he waives his no-trade clause, Scott Miller of CBS Sportsline reports.

Miller claims that the Braves are ready to send Yunel Escobar, Gorkys Hernandez, one of either Jo-Jo Reyes or Charlie Morton, and one of either Scott Locke or Blaine Boyer.

I’m still not seeing the Braves parting with Escobar … unless Khalil Greene is also part of the deal or they’re looking to bring either Edgar Renteria or Rafael Furcal back to Atlanta. I do realize that Peavy is an ace, but their package seems a bit too heavy and against their philosophy of rebuilding from within. Then again, they have been unable to develop ace-level pitchers in recent years, and have an abundance of young position players, and oftentimes a team must deal from surplus. Escobar is a pretty special talent, though.

With or without Escobar, I’m not liking the idea that the Braves may have Jake Peavy next year — nor does it please me that they are supposedly looking to add a frontline free-agent starter such as A.J. Burnett or Ryan Dempster, as Miller also claims.

Ken Rosenthal is debunking this rumor, sort of.

If the Braves are getting Jake Peavy, it’s news to them.

The Braves are on the verge of a trade agreement with the Padres for Peavy, according to CBSSportsline.com, but the Padres have yet to communicate their acceptance of a Braves’ offer to Atlanta officials, major-league sources say.

Hmm …. he goes on to state this:
It is possible that the Padres have decided internally to proceed with the Braves, then finalize the details later Thursday. The teams spoke again on Wednesday, continuing discussions that have lasted for over a month.

So, Rosenthal is debunking the deal in one paragraph, then covering his butt just in case the deal is realized. Is he upset he didn’t get the scoop? Or was Miller too quick to the trigger?

We’ll know before Thanksgiving. Perhaps before the arrival of Beaujolais Nouveau.