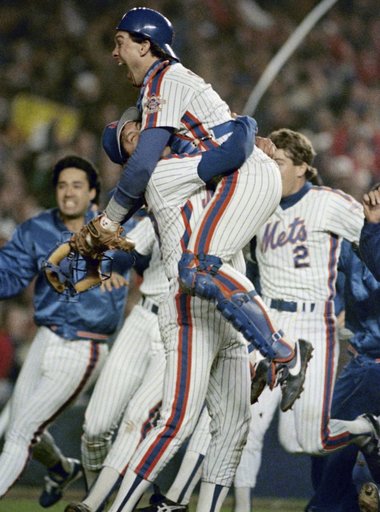 When it comes to the Mets, I’m not usually one to dwell on the past.  Especially the 1986 season.  The fact that it’s been so long since the Mets’ last championship is becoming less of a fond memory, and more of an embarrassment with each passing year.

That said, it’s a milestone worth acknowledging.  It is, after all, the one (and still only, to this date) time that my brother and I ever hugged.

Happy 26th anniversary, 1986 Mets.  I hope we get to see one of these celebrations again soon – at least sometime within the next 26 years.

The lonely, baseball-less days of winter are nearly over (in a baseball sense, anyway).  Soon the Boys of Summer will take to the fields of Florida and Arizona in preparation for the latest season of the greatest game on Earth.  Until then, enjoy some more offseason hand-wringing, and a couple of awesome videos.

So, for less (waayyy less) than the price of a cup of coffee, adopt Mets Today as your home for all things Metropolitan. 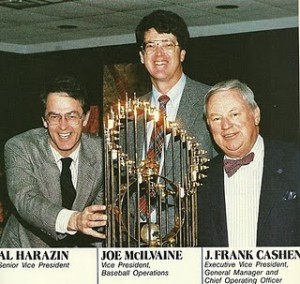 25 years ago this week, the Mets defeated the Boston Red Sox to win their last World Series title to date.  Some Mets blogs are paying homage to the anniversary.  In other news, while Metsdom is patiently waiting for the announcement of changes to Citi Field’s dimensions (due after the World Series), some details are beginning to leak out.

Blogging the past and present:

There you have it, the blog roundup for Tuesday.  Check back with Mets Today for more Mets news.