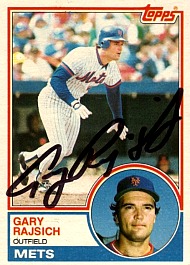 Per Marty Noble’s article on MLB.com, Carlos Delgado’s comeback has been delayed.

Minaya said on Monday that Delgado had not resumed playing and probably wouldn’t until January. Another person reiterated that on Tuesday and added that the delay — and the reason for it — might diminish the Mets’ interest in re-signing the 37-year-old veteran of 15-plus seasons.

No specific reason was given for the delay, but one of the people aware of the change said on Tuesday night that Delgado probably isn’t yet physically ready to play.

I’m not sure whether the Mets were ever truly serious about considering Delgado for 2010 — it smelled similar to Omar Minaya’s “interest” in Pedro Martinez this time last year — but this setback more or less cements the end of Delgado’s career as a Met.

Good thing or bad thing? Or neutral thing? You decide — post your comments.

Jason Fry wants to see evidence of a plan from the New York Mets.

Along the same lines, his co-author at FaithAndFear Greg Prince wonders what happened to Omar Minaya’s alchemy?

MetsPolice “detective” Dan Twohiggoes straight to the top with his questions, sending a letter to Fred Wilpon

Carlos Beltran recently told reporters that he’d like to see Carlos Delgado return to the Mets in 2010.