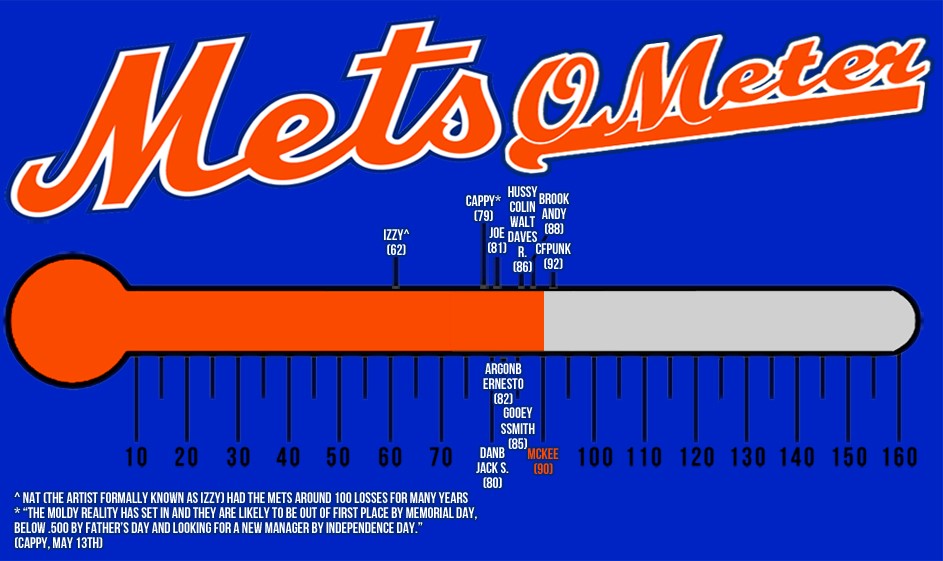 (Editor’s Note: this post should have been published a week ago. Apologies to you and to Steve for the delay.)

McKee… get in touch and I’ll get you some cheap but vitally important Mets’ merchandise that no-one could live without.

How about this tiny Mets helmet? Deflect life-threatening ball bearings with this invaluable piece of Mets’ tat:

The Mets shuffle into the postseason with their offense in torpor but their pitching in a good state. Harvey, Syndergaard and deGrom all looked very good in their outings. And as for the Mets’ offense… well, they had shadows and post-champagne DT’s to deal with. Shake it out, Metsies.

It seems like Ruben Tejada will be starting most of the games. I know he’s one of TC’s favorites but please give me some concrete reason as to why.

Wilmer Flores has WAY more offensive upside and he does a great job against left handers. On defense, Tejada has better foot speed but his accuracy – especially when he dives – is sporadic. Tejada is more likely to throw a ball away trying to make some sort of play.

Flores has a better arm and, since his rough beginnings, he’s tended to focus of makeable plays. Surely Flores must be the better all-around pick and he should also be the Mets’ 2B next year.

Hey-ho, Ruben, hit a homer and prove me wrong. Daniel Murphy does it all the time.

Hopefully Hansel Robles will also prove me wrong by not getting into a scrap with the other team after he leaves another fastball up and center. Or when he plunks someone in the forehead.

Even though Harvey missed a bullpen session, I like the Mets’ starters. Steven Matz SHOULD (according to latest reports) be ok to pitch in Game 4. And I’m looking forward to Bartolo sashaying out of the bullpen.

I won’t bore you with the stats for Greinke and Kershaw in the offseason. Look ‘em up. Yeah… they’re due to finally do well so I expect tight and low-scoring games. I’m very underwhelmed by the Dodgers’ offense and their bullpen – outside of their closer – is weaker than the Mets.

Hmm… The first couple of games will finish some time after 6 a.m. here. But I’m tantalised enough to stay up to watch ‘em.

This series is a 50/50 split. A game of Texas Hold’em where you have King/Queen suited.
The Mets and Dodgers are the two worst of the NL Playoff teams. But – if the flop turns just right – they could take the whole thing.
As for this series? I still think the Mets will win on the river… 3-1.
Deal me in… and what price is there on Yoenis Cespedes catching fire again?

Back Planning for the Postseason
Next All Hands On Deck