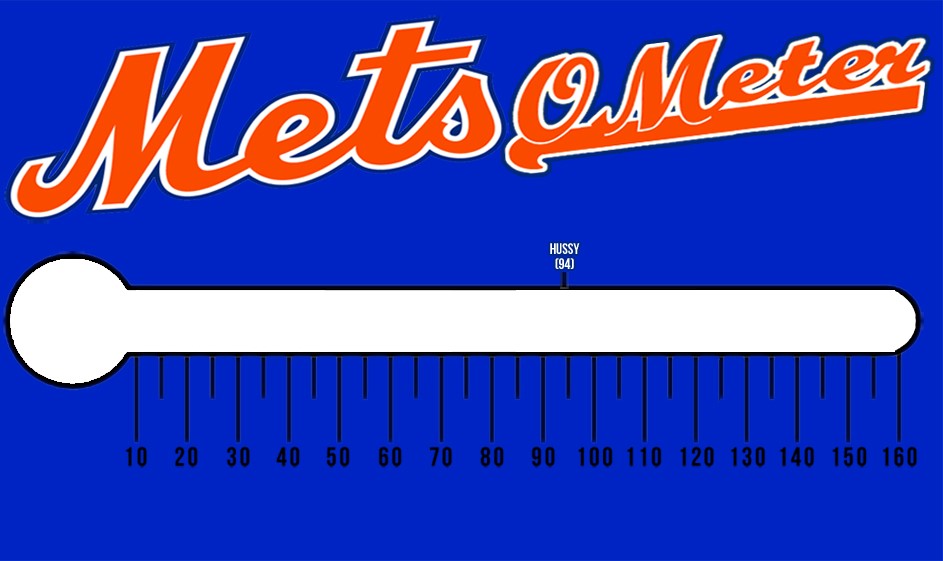 I can’t stand the Hot Stove or Spring Training. Uncle Terry’s popgun team “won” Spring Training in 2015 but only jet-streamed into contention once they signed some proper baseball players at the deadline. As a sportsman I hated practice, but I could understand its value to players. Just watching it seems masochistic, as are the constant rumours and fluff stories about people not making opening day (Asdrubal Cabrera) and problems having a tinkle (Matt Harvey).

Those of you who watched plenty of Spring Training can prove me wrong. Please give your win totals in the comments below, and feel free to add your reasons too. We’ll keep track of wins over the whole season on Mets Today. There are no do-overs, no complaints. Factor in injuries, hot streaks, opposition strength and everything else.

If you win – like McKee with his bold prediction of 90 wins last year (bravo, McKee!) – you’ll get your choice of weird Mets merchandise that costs less than $15. My recommendation this year is a terrifying Mets “Mini Pillow Pet” that will recreate scenes from The Exorcist as you gaze at it before you drift into endless nightmares. 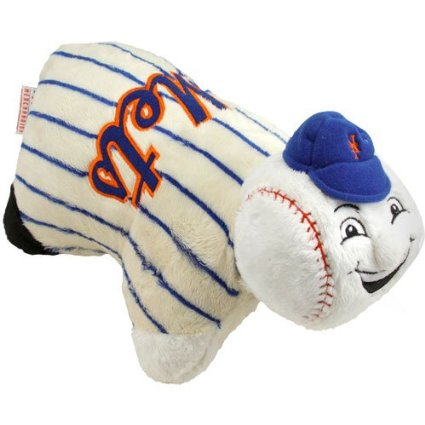 REASONS FOR MY OPTIMISM

The Mets won 90 games last year, and each year I base my prediction in a WAR style. To what extent have the Mets improved or worsened since the previous year?

A bunch of things – for me – remain steady. I’m less tetchy about the bullpen than most. I know Bastardo has had a rough Spring Training but I like his stuff. I’m also a big – and perhaps only – fan of Logan Verrett, who’s crept onto the roster. If he throws his nasty, nasty hard change-up (I’m still convinced it’s a “fosh”) about 50% of the time he’ll get excellent results. I like Blevins’ looping breaking ball and maybe Robles will be a little better (and hopefully calmer) with experience. The league will be more used to Familia but when he’s good, he’s very good.

The starting rotation will, of course, excel. Are they way better than last year? Hmm… I’ll get into that a little bit in my predicated pluses and minuses. Here goes…

Signing Cespedes for a full season changed most folks’ perception of the Mets. It’s more a case of the wins lost without him in the lineup. His huge second half will be impossible to replicate, and we all know his center field defense will be an adventure. But I still feel he can add another win to the team with his bat and presence. 25 homers and 95 RBI? I’d take that.

Yes, the bench players. Both have massive holes in their swing at breaking balls away. It was particularly sad to watch Flores flail at sliders down in 2015. But both Lagares and Flores actually have nice, tight swings if they learn pitch recognition. I also think Flores will benefit from avoiding the worry of playing shortstop, and Lagares (hopefully with a better throwing arm this year) will appreciate mostly having to face lefties.

He’s a better player than Daniel Murphy in every department. Murph will feel great from a distance, but the Nationals now have the treat of watching his almost daily brain farts.

This is a riskier one. I like Matz despite his control issues, and he also offers something with his bat. He could win a game by himself with a couple of hits. I have no clue what to expect from Wheeler and his new arm slot. But if he can make it back, I like Bartolo in the bullpen too. I’m convinced Bartolo is immortal and will outlive all of us.

A very non-risky one. I wonder if his defence will be quite as good, but his bat will be.

This depends a little on remaining injury free, but even if d’Arnaud goes down I expect Plawecki to be a little better this year. Like Flores, Plawecki seems a smart kid who’s eager to learn.

Hmm. In the few at-bats I’ve seen of Wright in poxy Spring Training he seems to be “dipping” less this year. And now his back condition has been identified I expect it’ll be better managed. He needs to sort out his throws to first base, though, but he still has a good eye at the plate and in the field. Soup is just due a few hard hits that will drop in.

-2 wins: One of the starting 5/6 pitchers will have a season ending injury

Odds are that one of the starting 5 or 6 (I’m including Wheeler on this) will get severely injured.

In the spirit of Joe’s analytical approach to pitchers, Syndergaard’s delivery looks like his arm may fly along with a pitch one day. It’s hard to hit a ball and an arm with a bat so he’ll get an out, but odds are he’ll join Matz, Harvey, DeGrom and Wheeler with a new tendon in his arm. Reps with Mjölnir can only help so much.

On the plus side, Colon will tootle along to a 4.00 ERA and cover reasonably well. And did I say how much I liked Logan Verrett?

-2 wins: More injuries to a non-pitcher this year

The Mets battled through the injuries to Wright and d’Arnaud last year, but odds are a more core piece will go down this year. Again, the nice side is I like Flores a lot if he has to plug a hole in the infield. And I like Lagares a little if (gulp) one of the starting outfielders goes down.

-1 win: The misuse of the outfield and the age of Curtis Granderson

As you know, I’m a huge fan of Curtis Granderson. No-one is plugging more for him than I am with my little CG pom-poms as I watch every Mets’ game. Prove me wrong, CG.

It just frustrates me that – despite some claims – Uncle Terry will probably still wheel out the Grandyman against some left handed pitchers when he clearly can’t hit them. Granderson looks SCARED in the box against lefties. The assumption is that Lagares will take over center against lefties and Grandy will take a seat. But will this happen? I have severe doubts.

It’s highly unlikely Granderson can replicate last season’s stellar performance but putting him in the best position to do so would make me happy… and also help the Mets’ win total.

The Nats look a little worse on paper but they still have to get more wins than 2015, when they were crippled by injuries, poor management and a bad vibe. The Marlins – as always – seem tempting. Might they be good? Perhaps. But they could also be REALLY bad if Stanton and/or Fernandez go down. The Braves are best summed up by the fact Frenchy made their opening roster. And the Phillies… if it’s possible to cry cheese-steak for them, I would.

The NL is general seems as weak as last year. Everyone likes the Cubs, I like the Pirates and the Cards will be thereabouts, as usual.

Don’t forget, no do-overs. This is bold prediction time. There’s a potential Pillow Pet riding on this.
I hope to see you throughout the season… usually on a Sunday… and thanks for continuing to read Mets Today. It’s like a typical Mets blog, only with sane people.

Back Finally A “Real” Game!
Next Mets Game 3: Win Over Phillies

Steve Hussy has been a Mets fan since 1984. An insomniac as a kid, he watched baseball highlights at 4 AM on British TV. He credits Darryl Strawberry's long homers as the first cause of his obsession with the Mets. Now he gets to watch Mets games that finish at 3 AM and teach bleary-eyed lessons to his film students the next day. He also gets to shell out hundreds of pounds to fly over to New York and watch the Mets occasionally win. Steve Hussy's other job is as a writer and editor for Murder Slim Press, which specialises in confessional and crime literature. You can find out more about him on MurderSlim.com. Just no threats, please.
Recent Comments
Recent Posts
Subscribe to Posts (RSS)