Is R.A. Dickey a Superhero?

Warning: If you haven’t seen the movie Unbreakable, just skip this post. There will be spoilers and you probably won’t understand half of it anyway. Or you can brush up on the film’s plot by reading Wikipedia. 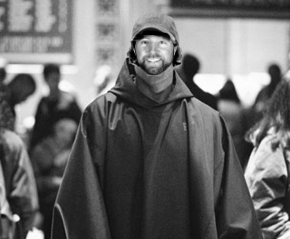 Like most of you, I’ve enjoyed watching R.A. Dickey all season. Dickey’s emergence seems like a great “feel good” story – a nice little anecdote with an expiration date. We all love to ride the wave of an unexpected hero’s story, but the magic ultimately fades and we’re on to the next storyline (see also: Fernando Tatis, Daniel Murphy, Aaron Heilman, Nelson Figueroa, etc.)

But somehow, Dickey’s story always seemed more compelling than all that. During last night’s game, the skies opened up and it started pouring. Suddenly, it all made sense… Dickey’s emergence isn’t a “feel good” story at all. It’s a classic superhero story.

In the movie Unbreakable, Bruce Willis plays David Dunn – a nice guy with some flaws and no direction in his life. His life is not unlike a journeyman pitcher.

Through a series of events, Dunn discovers he possesses super powers. He starts to put his powers to good use, but he quickly learns that he has one glaring weakness – he’s basically allergic to water. And by allergic, I mean, the guy could drown in a puddle.

Last night’s game was a typical R.A. Dickey affair, until it started raining. As soon as the skies opened up, Dickey couldn’t get a grip on his knuckleball. He managed to come out of it, like all superheroes do, but it got pretty scary.

Weakness is what ties a superhero’s journey to the common man. With a weakness, we are suddenly sympathetic to the hero because he is just like us – vulnerable and powerless – albeit for a moment. Without a weakness, the superhero is all powerful and cannot lose. It would be like rooting for Albert Pujols to hit a home run on the moon. Where’s the fun in that?

Unbreakable basically takes the standard superhero mythos and updates it for current times. Most superheroes have a split identity and a glaring weakness – Superman is probably the best known example (Clark Kent/Kryptonite).

R.A. Dickey and The Superhero Mythos

So R.A. Dickey possesses a magical knuckleball, but he loses his superpower in the presence of water. Just like David Dunn in Unbreakable.

Still not convinced? Let’s take a look at Wikipedia’s common traits for a good superhero story:

So there you have it. R.A. Dickey is a superhero.

Back Quote of the Day: Forbes on the Mets
Next Mets Game 108: Loss to Braves