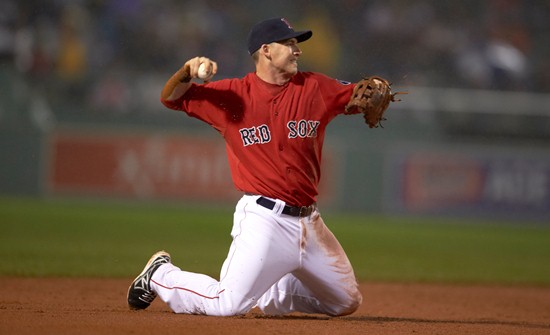 They are two relatively similar players when it comes to AVG/OBP/SLG (though Peralta has more home run power) and each can field their position adequately.

When Peralta signed a four-year, $53 million contract with the St. Louis Cardinals, it seemed certain Drew would get a similar contract shortly after.

But here we are in January, and Drew is still on the market. Not only that, his value seems to be on the decline. His rumored asking price at the start of the offseason was somewhere in the three-year $36 million range. Now, the buzz is that he’ll only command a one or two-year deal.

So how is the 30 year-old shortstop still on the market?

It’s probably supply and demand. Besides the Cardinals, not many teams had a desperate need for a shortstop. Drew’s former team, the Red Sox, seem willing to go forth with young Xander Bogaerts. The Yankees publicly stated that they are not in on Drew, and will make the most of a combination of Derek Jeter and Brendan Ryan. The Mets have publicly stated they can live with Ruben Tejada at short.

These statements could be earnest, or they could be bargaining tactics. The Mets and Red Sox could each be playing hard-to-get.

Boston could re-sign Drew, move Bogaerts to third, and either trade incumbent third baseman Will Middlebrooks, or use him off the bench. The Mets could hope 24 year-old Tejada can return to his 2012 self, when he hit .289/.333/.351 in 501 plate appearances.

Also, the Mets could be looking toward the 2014-2015 offseason, when a free agent like J.J. Hardy becomes available.

With that in mind, Sandy Alderson and company could be waiting for Drew’s camp to become desperate enough to sign a one-year contract, which would give the team more flexibility following the season. And at this point, the front office seems to have refocused their attention to 2015, when Matt Harvey returns, as the year they can seriously contend.

Is Drew still appealing? Certainly. He’s not exactly the second coming of Derek Jeter at the plate or Ozzie Smith in the field, but he’s a league-average hitter (Career 98 OPS+) and fielder (2 defensive runs saved and -3.3 UZR lifetime).

In the 2013 playoffs, he struggled at the plate, but played nearly flawless defense.

He’d be a pretty good match for the Sox, and a stabilizing force at shortstop for the Mets. However, neither Boston, New York, nor any other team, seem to be ready to give Drew anything more than a discounted deal.

Back J.P. Ricciardi: Teams Don’t Build Through the Draft
Next Downs, Crain, Perez, Mulder, Ramirez Off the Table