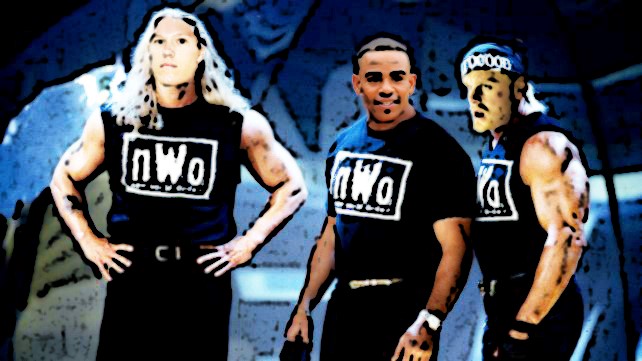 Lemme ask you some questions before I scoot through the recap of the Mets (kinda) drawing level with the Nats. Answer back in the comments below. These enjoyable last few days need more discussion than I can cover in under 1000 words.

This is the first full post after the Yoenis Cespedes trade. So how do you feel about it?

I know Joe’s posted a few comments in response to the trades and I fully agree with Joe that the Mets haven’t given up too much. Not even close. I would have taken the Gomez deal too… well, before the (alleged) knowledge that his leg will (allegedly) fall off next year. I don’t do hindsight and I haven’t seen medical records. If he was ok, a healthy Gomez would have been great… and he was signed up for 2016 at a fair cost. But have the Mets fallen into something better? Inadvertently, this could be the one of the rare good things Mets’ doctors have achieved in a decade.

It boils down to what price you put on prospects. Is Michael Fulmer a ham sandwich? For his sake I hope he turns out to be a Michelin-Star BLT, but his chances are the same as any injury prone prospect. After some tears and a turn of fate, the Mets kept another injury prone potential star in Zack Wheeler, who has proved he can pitch in the majors when his arm isn’t falling off.

Yes, Cespedes is a rental. But his OPS will be .800 or so. In post-PED baseball, that’s a lot. He hasn’t done much so far, but I like how they’re already scared of his arm… did you see them freeze on a long fly from Zimmerman in the sixth? Tyler Clippard is another rental… but didn’t he look good in the ninth? That was some superb hitting by Werth just to scratch out a single.

Then there’s Juan Uribe. I’m making JU pom-poms for his defense. And Kelly Johnson, intent on playing for all 30 MLB teams. Does that matter? For me, this is a cheap way to push for a pennant in a weak NL. I liked it all pre-hindsight too. I hoped the Mets would be the 2014 Royals. Can they be?

86 wins should get the Mets into the Wild Card game. Some geniuses said that around Spring Training. But what do you think about the concept of the second wild card?

I know it’s a blatantly commercial idea. More teams in contention equals more bums on seats. Citi Field was rocking on both Saturday and Sunday. David Wright made a ceremonial appearance in the dugout and we were treated to professional wrestling chants of “this is awesome.” In the fourth, Kevin Plawecki even responded with a long single.

It was silly fun. Watching any sport is silly. Cespedes came out to stereotypical mariachi music he’d probably hate. And I could be saving hedgehogs instead of watching people chase balls. But this is genuinely fun. And when it comes to getting into the playoffs, baseball is still not as goofy as the NBA and the NFL.

The Mets have morphed into the Newish York Mets due to dumbass financial decisions. They are not a big team, as ridiculous as that sounds. But I don’t care if they take the Royals or Giants route from last year. Scramble in and let your pitching do the talking. Does it all cheapen the playoffs? Again, I don’t care. Do you?

The Mets’ win revolved around the third. Curtis Granderson (I had my CG pom-poms ready) hit a lousy Jordan Zimmermann curve for a two run homer. Lucas Duda slammed a two run homer off a much nastier pitch up and in. I like this pod version of Duda (who Citi Field call “DOOOOOOOD”) and may his Wonderbat continue to homer. This latest HR creeped inside the right field pole as the wrestling crowd quietened. Were they all breathing in to help get it over the fence? It worked.

In between, Daniel Murphy hit a crazily long home run to right center. He had a terrible first at-bat, where he wafted at a 3-2 pitch so far in the dirt it could have rolled there. I wonder whether Murph hates ball four even more than strike three. But Murph caught the HR wave and he also got nicely behind Werth’s quick grounder when Syndergaard ran into some trouble in the sixth. I hope Uribe is giving Murph fielding lessons and also schooling Wilmer for the future. Godspeed Murph in 2016 and beyond. Enjoy your $5m a year on a slightly saner contract.

New-oah Syndergaard continues to be great, kinda defeating my argument that prospects are overrated. At least he was a number one prospect for the Blue Jays with the sometimes right KL stamp of approval. And like DOOOOOOOD he’s a fun guy to watch. It’s a buzz as he chucks a 99mph fastball to get a swinging K over the wunderkind Bryce Harper. But also watch those baby blue boss eyes as he sits in the dugout. He has that faraway stare. Who is he seeing and what are they saying to him? It certainly seems to be a vision of the 22-year-old Walter Johnson rather than Joe Shlabotnik.

Post-game, Terry Collins did his improving impersonation of a very happy E.T. His hollowed eyes have never lit up with such dewy glee. Don’t worry, T.C.: you phoned home and this time the accountants didn’t pick up. Let’s enjoy that too.

There it is: 1, 2, 3. In the spirit of Citi Field’s wrestling atmosphere let’s finish with a sign from the crowd: YOU GOT THE BROOMS… WE GOT THE HAMMER. Urgh. The Thor puns will persist through Noah’s career. If only Hammering Hank had taken out a copyright. Damn!

Back One Order of Crow…
Next Mets Game 111: Loss To Rays