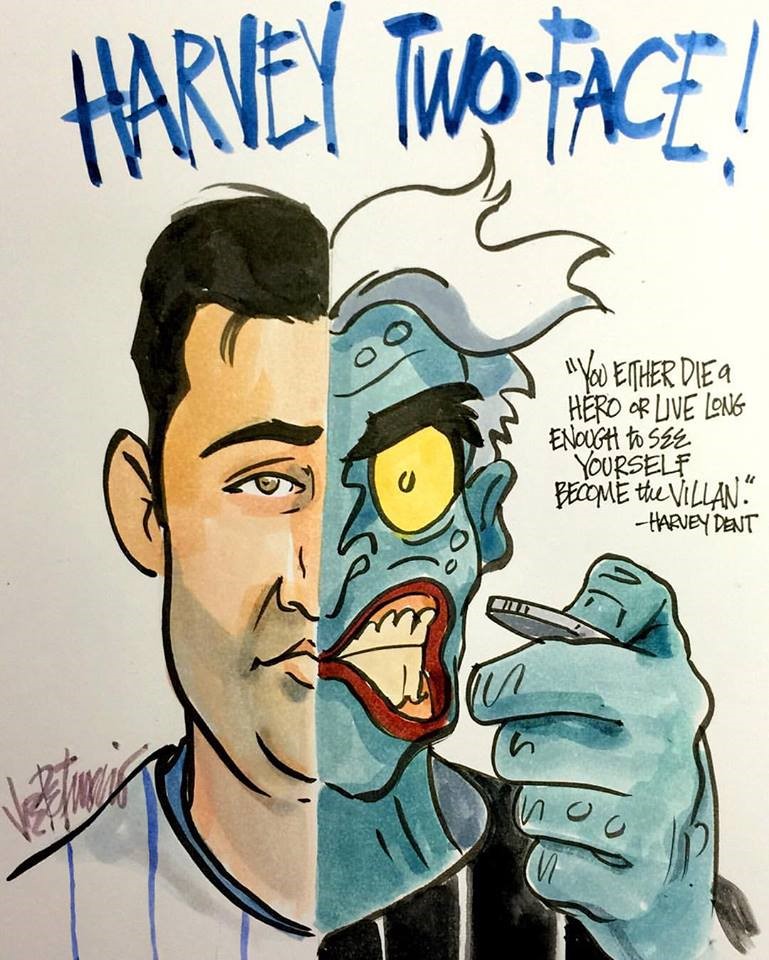 Thanks to Joe Petruccio for letting me use the image above. If you need cheering up after Tyler Clippard coughed up Sunday’s game or want to celebrate the Mets 8-5 win against the Nats today, please check out Joe’s daily Mets’ paintings at his Facebook page and his Instagram -– Joe never fails to deliver great stuff so it’s worth it.

The Nats pulled within four of the Mets yesterday, and going into the series we had the Matt Harvey incident. For the one or two of you that didn’t rant on Twitter after Harvey’s press conference, here’s your chance to discuss what you think in the comments below. Harvey’s up next, after all. How’s he going to respond?

Harvey’s always had a “side” to him and this has drawn attention to the bad one. I’ll plead the case for both sides of the scarred coin, and then lay out my thoughts at the end. 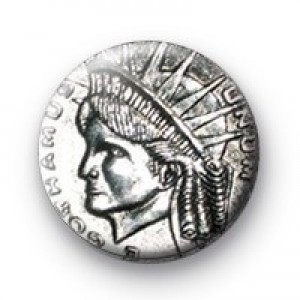 The Mets wouldn’t be where they are in the division without Matt Harvey. Harvey has exceeded all my expectations by remaining largely healthy and pitching to a high standard. That’s some feat coming off the back of Tommy John surgery. Even Tommy John wasn’t as good in his first year back, and they named the surgery after him. Harvey is clearly a top 10 pitcher in the NL, and you could argue – through ERA – that he’s in the top 5. I prefer that to a full season of Dillon Gee.

Financially, Harvey is also vital to the Mets. Don’t forget that this guy is playing for close to the Major League minimum, and that he’s playing for a team who had the financial acumen of a four year old in a candy store. Harvey fills out Citi Field whenever he pitches and has been a boon to the tacky Batman mask industry. Putting up with a few sullen moods and comments from Harvey is easy when you have $ signs in your eyes. Do you think the Giants put up with Barry Bonds for his award-winning personality?

Popularity waxes and wanes, anyway. As soon as A-Rod started hitting homers in 2015, people groused a lot less. Harvey may have been a fraud, but at least he’s not a cheat. And, by backing down the next day and saying he’ll pitch in the offseason, my guess is Harvey will receive more cheers than jeers in Tuesday’s key game with the Nats.

Matt Harvey has often been right in the past too. In 2013, he (subtly) criticised the team’s lack of ambition and – according to some reports – he was pissed in 2014 when the Mets locked him in a training room rather than let him talk to the press about his injury. If he’s grousing more than that behind the scenes, it’s probably with good reason. Uncle Terry endears us with his shrivelled peanut face, but his umm… creative use of Eric O’Flaherty to a right hander in a tight game on Friday shows he’s still fallible. And, if you were Harvey, would you like to deal with Jeffy and Sandy behind the scenes? Me neither.

Yes, Harvey has a chip on his shoulder. It’s easy to tell from his hunched body language in the dugout and in press conferences. Meanwhile, Jacob DeGrom is all smiles and Bartolo Chuckles is throwing firecrackers and behind the back passes to catch a guy a first base.

Maybe Harvey doesn’t like some of his teammates? Or Uncle Terry? Or maybe it’s because lesser – albeit very fine – pitchers like Francisco Liriano are earning $11m plus. Harvey earns more than a comfortable salary and he’ll be making a mint from endorsements but don’t forget that Harvey is still a kid at 26, and he’s got plenty of testoterone surging around. He wants to maximise the money he can from his arm. You blow that out again and… well, you won’t be such a hit with the society gals in New York.

Finally, despite what some people think, Matt Harvey is not a doctor. 35% of pitchers who receive Tommy John twice don’t return to the majors. That’s some pretty big dice to roll. 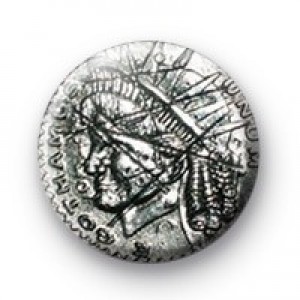 Hypocrisy is a word that’s bandied around too much. But we had a doozy here.

Harvey complained about the six man rotation and being forced to skip starts and then he seemed to be drawing a line at 180 innings with 13 2/3 innings left and a month to go? No wonder people were foaming at mouth. Why the hell wasn’t this figured out earlier? Why didn’t Harvey express this to the media at the start of the season – or even a month into it – and make it clear he (and his representatives) had a hard limit.

The other thing – nicely picked up on by a couple of ESPN writers – is that Harvey has pitched LESS than a lot of pitchers with similar amounts of innings. He’s been economical this year and averages less than 100 pitches per start. Unless you count trotting over to cover first base or craning your neck to watch a fly ball, I’d say pitches are a better gauge of arm fatigue.

The killer is Harvey has made his toughness vocal and bigged up his Dark Knight persona. He played the role of a gruff rebel with aplomb, fooling both the fans and the press. Never screw with fans, of course, and NEVER screw with the press. They’re ALWAYS looking for a chance to knock you down and they’re revelling in the “Joker” headlines. Smile and move on, Matt, and do a Wright or a Grandy or a DeGrom. It ain’t worth the hassle, and his backing down indicates he’s learnt that lesson.

It doesn’t help that Scott Boras – the unfortunate mix of human DNA with diarrhoea – has a mouth as big as a barn door and can accrue dollars as fast as the Wilpons can lose them. Boras knows the Mets won’t be able to pay the going rate for Harvey when he’s out of team control, so why not get him out of Dodge already? Boras doesn’t care that the Mets might get to the World Series… but he does care about protecting his investment.

Matt Harvey comes out of this smelling faintly of cowdung, because people hate a hypocrite. You can be an asshole and tell the truth and people grudgingly respect that. Harvey is ultimately paid by the fans – especially in terms of his endorsements. Popularity equals big bucks, and Harvey (perhaps temporarily) has screwed that up.

Lastly, the Mets are pretty good this year. The Royals were pretty good last year too. Look what happened to them. Harvey really could be on worse teams and – with a lack of a no-trade clause – he might end up on one elsewhere in 2016. If he’s grouchy here, imagine how much fun he’ll have in Colorado. 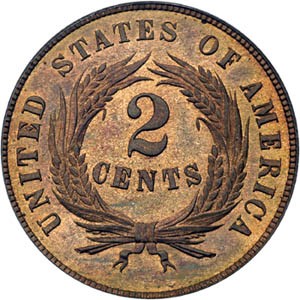 Like most people, I watched Harvey’s press conference with my mouth slowly opening and steam coming out of my ears. In amongst all the flim-flam, the not-so-hidden message was 180 innings was a hard limit. He dealt with the situation very poorly.

Since then, Harvey’s said he will pitch in the offseason and has been in contact with Sandy Alderson, who’s no stranger to flim-flamming himself.

Why didn’t all this discussion take place behind closed doors? I point the blame for that with Boras and Dr. Andrews, meaning Harvey had to respond to the details his advisors made public. But I’ve got a suspicion he initially chickened out and prompted them to make the comments, in a backfiring attempt to protect his macho image.

Harvey’s backdown quote also interested me with its careful wording:
“I love to play baseball, and I love winning even more. I would not give that up for anything. I also know I want to be able to play and win for a long time. But there has never been a doubt in my mind: I will pitch in the playoffs. I will be healthy, active and ready to go. I am communicating with my agent, my doctor, [general manager] Sandy [Alderson] and the entire Mets organization. I can assure everyone that we’re all on the same page.
“Together, we are coming up with a plan to reach an innings limit during the season,” he said. “It will be a compromise between the doctors and the Mets organization to get me, and the team, to where we need to be for our postseason run. I understand the risks. I am also fully aware of the opportunity the Mets have this postseason. Winning the division and getting to the playoffs is our goal. Once we are there, I will be there.”

I note he doesn’t say he loves the Mets and he did a great job of hiding his lack of doubt in pitching in the playoffs in the press conference. I have no doubt he didn’t want to go beyond the 180 innings limit and now has been forced to back down. Fan power, huh?

Post All-Star Break it’s been fun to ride the wave of Mets positivity and watch some good baseball. Of course, being a Mets fan you always suspect something weird or negative is around the corner. It’s a shame it kicked off with the Mets leading the East and the most important series coming up next… [[[Reader, insert the swear word of your choice here.]]]

What Will The Mets Do?

From the recent comments from Harvey it seems he’ll pitch twice – maybe three times if he has a short outing – more in the regular season. Then I believe they’ll make him the third starter in the offseason so he’ll only have to pitch once in the first series.

I’ve seen it mentioned that Harvey should be punitively put into the bullpen to fill out the seventh inning. I seriously doubt that will happen. He’ll lose value to the team in a trade and – if you want to keep him – will antagonise your second best pitcher.

My gut feeling is that the Mets won’t trade Harvey over the offseason. I think they should. Do you? He has serious value and the Mets will have a big hole in the outfield because Cespedes won’t be at Citi next year. Lagares will be facing his own Tommy John Surgery too. This year’s rentals have been great, but the Mets need to retool heavily for 2016.

The problem, as it always seems to come down to with the Mets, is money. Matt Harvey will still be affordable next year. And you get better bang for your buck – even with some other Rockies thrown in – than Carlos Gonzalez’s expensive contract and nagging injuries.

Urgh. It was all a standard Mets mess but let’s be positive… the frisson of excitement just makes Harvey’s start tomorrow all the more engaging.