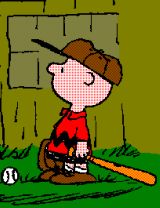 While waiting for last night’s game to begin, you may have watched the second episode of “Playing For Peanuts” on SNY. For those who didn’t, “Playing for Peanuts” is a documentary series following the South Georgia Peanuts, an independent baseball team, through their 2007 season. The Peanuts were managed by former Met fan favorite Wally Backman, who, like the players, is trying to work his way back into Organized Baseball.

The story of Backman — and this documentary — has me fascinated, so I went straight to the producer of the series, John Fitzgerald, for some insight. Herewith a Q & A with Fitzgerald, who can most succinctly be described as the parent of “Playing for Peanuts”

1. With all the independent teams around the nation — including several teams in the NYC area — why did you pick the Peanuts?

I contacted several indy leagues and the South Coast League was the first to reply. I also had some interest from the Saint Paul Saints and the Hawaiian Winter League, but the SCL was first and as a new league, I felt it added an interesting element beyond the original concept.

Once I found out Wally Backman was managing a team, I chose to follow his team because he had the most interesting story in all aspects (playing, coaching, personal). Other than that, I had NO idea what to expect.

2. Once you picked the Peanuts, how did you convince them it would be a good idea to be followed by TV cameras? Were the players cool with it? Were there any players who were “camera shy”?

The players didn’t need any convincing to talk on camera. I think some were nervous at first, but they never gave us any problems. After a few weeks, they realized that the film crew was alot like them – doing things “independently”, living in bad hotels and surviving on fast food and wishing we were somewhere else. There was a clear connection because of what everyone was going through. The situation wasn’t ideal for anyone and it helped cut through any apprehension. After that, we had zero issues with getting a quote or an interview whenever. We also started to have players wear mics during games.

3. Rumor has it that you financed much of this project with your own credit cards. To me, that’s a sign of someone who truly believes in what he’s doing. What was your ultimate motivation? Fame? Fortune? Emmy? Truth? Something else?

I just wanted to make a good show. Tell a good story and pay my bills along the way. Unfortunately, I was offered money to make the show into a typical reality show – staged events, compromising situations, etc. I couldn’t take the money so I financed most of it on credit cards. The rest was a combination of some investors throwing in a few thousand each and also crew members who worked on a deferred basis. I still owe them alot of money but their flexibility made the completion of the project a possibility.

4. Do you think working on a tight budget was a restriction, or a motivator for creativity? What might you have done differently if you had been bankrolled (but retained full creative control)?

More cameras. I always wanted more cameras and more microphones on players during games but that is something that even big networks struggle with. I tried to get a TV network or producer to bankroll the project many times. Every day I’d be at batting practice on my cell phone, begging a network or producer to jump on board to finance the show. I usually got the runaround or a “no thanks, baseball is boring.”

5. Of all the Peanut players, who do you think has the best chance to make it to the big leagues?

Jon Zeringue or Steve Garrabrants. Zeringue is currently in AA for the A’s. Garrabrants was signed and released by the Red Sox last year. There are at least five other guys that could do it as well. The Peanuts had an unprecedented number of players signed by affiliates in one season.

6. For those who watch the entire series — be it on SNY or on DVD — will they have a new and different perspective of Wally Backman?

Depends on their perspective. I used to believe the media hype – I thought Backman would be out of control and bitter. He turned out to be a really down-to-earth guy and a hell of a manager. His players love him – several came out of retirement to play for him. If you ask any of the guys that worked with him – clubhouse kids, broadcasters, front office staff – they will all tell you the same thing.

One common misperception about last season was that Backman was out of control all year, he assaulted an announcer and then he quit. In reality, he was used by the league as a PR tool whenever it was convenient and then he was fired. Anyone who questions that is either lying, uninformed or protecting their own image. We were there with cameras.

7. Will “Playing for Peanuts” be interesting to casual or non-baseball fans?

I hope so. With the exception of a 2-minute piece on the double switch, I think non-fans will be able to “get” it. I had to do a similar thing with “The Emerald Diamond” (documentary about baseball in Ireland). I knew that the primary audience was Irish-American baseball fans. But I also knew that many people in Ireland and many Irish-American non-fans would be watching. It had to remain interesting to the baseball fans but accessible to the non-fans. I think I was able to do that and I hope ‘Peanuts’ will accomplish the same thing.

8. In one sentence, why should anyone watch “Playing for Peanuts” ?

Because there is no DH.

Great stuff. Thanks to John Fitzgerald for giving us a behind the scenes insight on the making of Playing for Peanuts.

Back What’s Next?
Next Mets Game 44: Loss to Braves